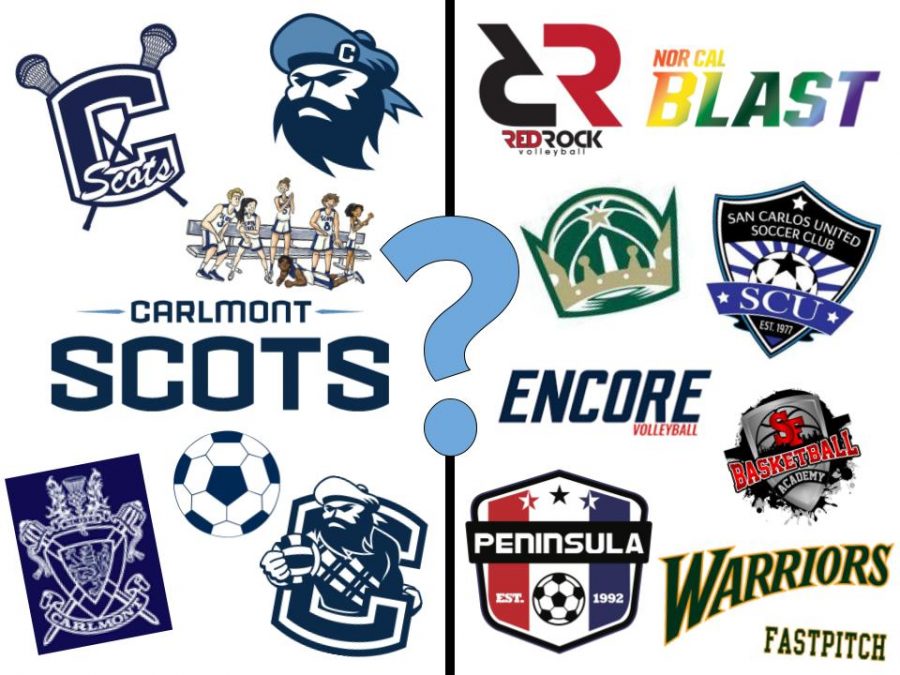 Rule 600 requires student-athletes to choose between playing for Carlmont or playing for their club team.

Rule 600 is a regulation created by the California Interscholastic Federation (CIF) that mandates student-athletes to only play for one team during a single season. In other words, it forces players to choose between playing on their club team or playing on their school team.

“It would be very nice to play both, but I understand why [CIF] only allows us to play on one,” said Sam Stabinsky, a sophomore who plays soccer for the Scots and San Carlos United Soccer Club.

CIF had put this rule in place before the start of the pandemic but suspended it in July 2020 due to the new COVID-19 compatible schedules. The new CIF schedules became effective in December, which typically aligns with most club seasons. Before the pandemic, club and school seasons did not overlap, allowing student-athletes the option to play in both programs.

When December rolled around, CIF reinstated Rule 600 to fit the California Department of Public Health’s new recreational sports guidelines. Now, athletes are once again obligated to pick between playing for their club or playing for their school.

“Club [sports] obviously have their strong suits, but high school [sports] also have their benefits,” said Patrick Smith, the athletic director at Carlmont.

While choosing between club and school sports is difficult, many student-athletes do not need to select, simply because some sports are not offered outside of school. In other cases, athletes have already signed with a club and are obligated to stay with them year-round.

Rule 600 should have little to no effect on roster sizes for the sports not offered outside of high school. The opposite goes for common club sports like volleyball and soccer.

“[The rule] will affect the very popular club sports, because they’ve already paid money for club and made a commitment to the club team,” Smith said.

The amount of exposure to colleges is another factor for players who have to decide whether to play on their club or school team. Some say that club benefits outweigh high school by providing diverse resources for athletes to get recruited.

“On a club team, you’re going to have a better opportunity to get recruited because they’re involved with many showcases and events where there’s lots of college coaches in one spot,” Smith said.

“I’d want to play for Carlmont because there’s more talent, more people participating, and everybody is trying their hardest,” Stabinsky said. “In school, your spot is always being contested, but in club, you learn your position and stay there.”

The athletes who choose to only participate in club sports will also be freeing up spots on the high school teams’ rosters. Wesley Mercado, a volleyball coach at Carlmont, sees this as a positive thing.

“It will allow other [athletes] that normally don’t get to play, or don’t play club, to be able to get some experience to see if [that sport] is something that they want to move forward with,” Mercado said.

While the decision to play on a club or high school team is tough, the feeling of playing the sport one loves brings the most joy. Either way, there are plenty of people to help make the experience as best as it can be. Most coaches who played sports in high school say that it was a rewarding experience but, likely, did not experience this during a pandemic.

“I’m glad to see coaches are [helping their players] weather the storm and are putting a positive light on playing during COVID-19,” Smith said.