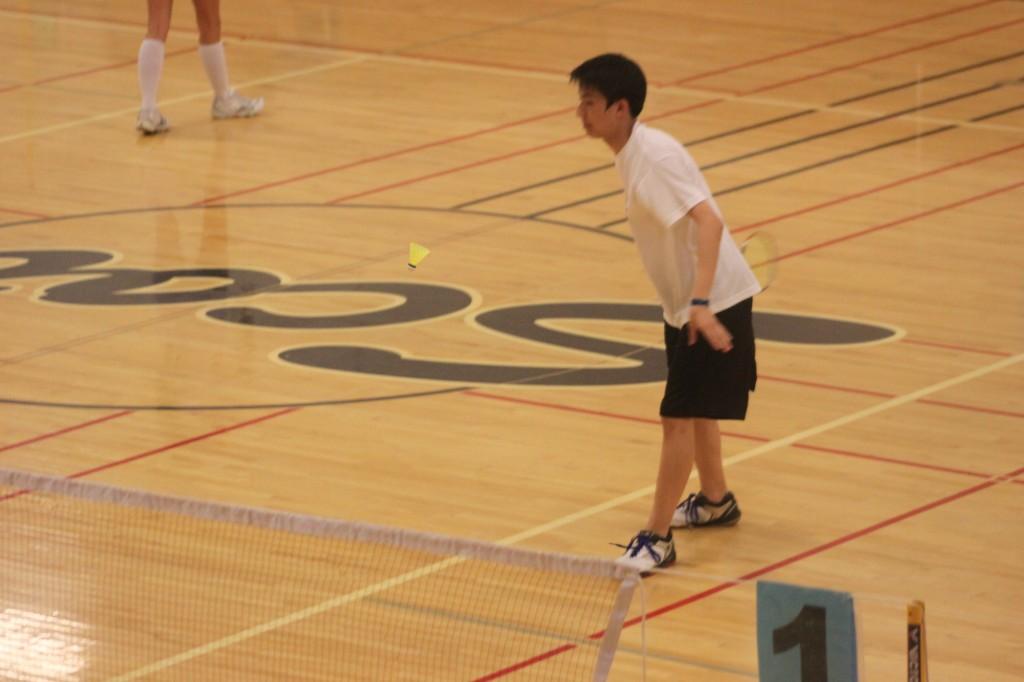 During Carlmont badminton practice, junior Ryan Pau can be found coaching, leading drills, conditioning sessions, and providing badminton tips and tricks for other members of the Carlmont badminton team. On game day, however, Pau is the number one seeded varsity singles player for Carlmont.

“Although I am not ‘officially’ a coach of the badminton team, I took the liberty to teach the team, what I had learned from my previous experiences of badminton training,” Pau said.

Even though Pau is committed to leading the badminton team during practice, there are some players that don’t follow his instructions.

“The ones who simply do not care and just like to mess around just ignore me and do their own thing,” Pau said. “However, the people who want to improve themselves look up to me and listen to the tips and drills I have for them.”

Pau was a member of the Carlmont varsity badminton team the three years he has attended Carlmont.

All this playing experience has definitely helped Ryan Pau during games. So far this season, Pau has won an impressive five games with only one loss, which was to Mills High school.

After the game against South City on Thursday, April 11, Pau said, “I guess my five wins to one loss isn’t too bad. I don’t want the number of losses to rise though.”

After graduating high school, Pau doesn’t plan to quit the sport he’s best at. “I plan to play badminton just as a recreational sport with other friends that play,” Pau said.

But as of now, Pau is proving himself to be one of the best badminton players in the Peninsula Athletic League.