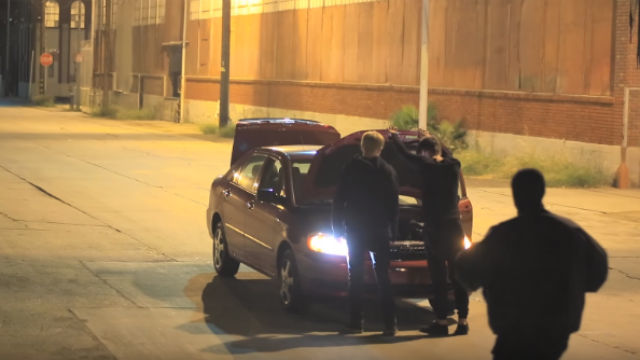 Twenty-six year old Youtuber, Sam Pepper is known for his outrageous pranks on YouTube, but his latest video has the world on edge.

Last week Pepper uploaded a new video to his YouTube channel showing him and Colby Brock pranking Brock’s best friend Sam Golbach. In the video Golbach and Brock get kidnapped by Pepper, who was disguised by a black ski mask. Pepper proceeds to ‘murder’ Brock as a joke, while Golbach is duct taped into a chair. The video then continues by Golbach screaming out of control after watching his best friend “die.”

Even though Brock was not really killed, the video has caused controversy everywhere. Brock and Pepper quickly made up with Golbach, acting as if nothing had happened.

Almost 7,000,000 views and 80,000 comments later, Pepper has gained quite a lot of attention not only from YouTube, but other social medias, like Instagram and Twitter. Many people have aggressively responded by making reaction videos.

“Whether it’s a prank or not, that is so messed up. That poor kid could be traumatized or affected by that. It’s awful and it’s not funny,” said YouTuber Nicole Juliana.

Since the video was published, over 100,000 people have signed a petition started by Kaylee-Jade Davis, to attempt of Sam Pepper to get banned from YouTube. However, YouTube claims the video does not break any of its community guidelines and will not be removed.

“Sam Pepper needs to be stopped. This is not his first offense and it won’t be his last, unless we stop him. He clearly doesn’t understand boundaries or have any respect for those people who have lost their lives and believes that murder can be staged as a prank,” said Davis.

Davis is not the only one outraged by his video. Pepper has even begun to receive threats from an Anonymous Twitter account, which was notified about Pepper’s video. The Anonymous account had a very strong opinion about the video and is trying to get it removed from YouTube.

The accounted tweeted saying, “Sam Pepper has exactly 24 hours to take down the video or he will incur the wrath of Anonymous.”

After all the uproar Golbach claims that the video made his and Brock’s friendship stronger. Pepper is also replying that his prank was a “social experiment,”  but the media obviously disagrees as petitions continue to be signed and the media continues to discuss the video.