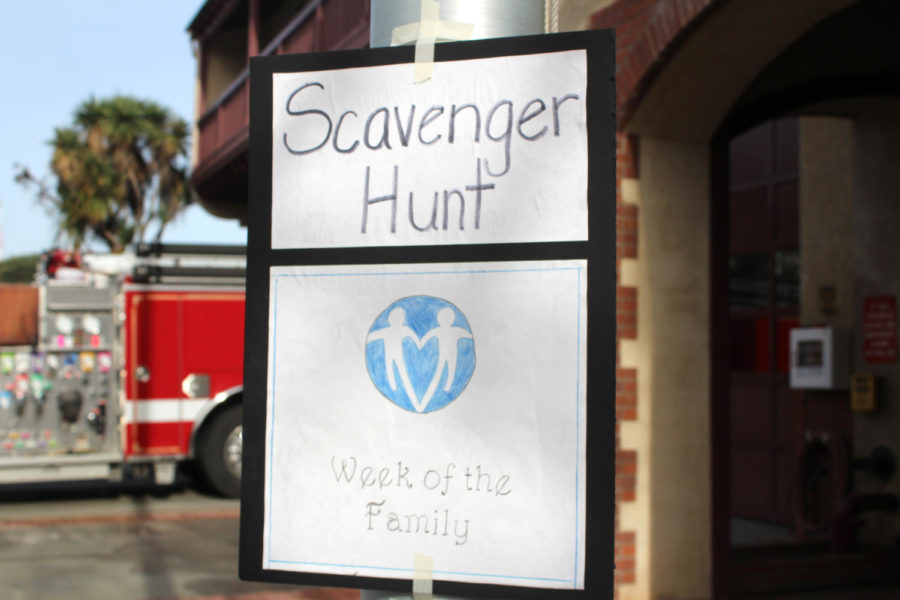 On the last day of San Carlos’s annual Week of the Family, a scavenger hunt was hosted on downtown Laurel Street. It provided families with the opportunity to explore the city stores as well as bond with one another. Many people gathered, delight expressed on their faces as they approached the San Carlos Museum.

The San Carlos community was established in 1987, later developing Week of the Family in 2010. Dawn Eaton, a city council member who was first inspired by the Midwest civilization, originally coordinated the whole extravaganza and still works for the foundation today.

“This is an all-volunteer committee of people who live or work in San Carlos. Our purpose is to put together a week’s worth of activities for families all around,” said Susan Rose, the chair of the Week of the Family Committee.

Week of the Family is designed to strengthen family relationships and promote a healthy family lifestyle. It encourages community service and provides several tools and resources to residents.

“It’s a time to bring kids and families together, and away from the TV or other stuff. They have fun game nights and, of course, scavenger hunts, where they work together as a family to build a team. It’s basically bringing families together and allowing them to enjoy each other,” said Denise Drach, a local volunteer.

Advertisement for the event was displayed on all the streets of downtown San Carlos, as posters decorated the exteriors of stores and popular landmarks.

“It’s close to where we live and it sounded fun, so we wanted to check it out. This is our first event and I think it’s pretty good for families with kids, as it’s close in the downtown area,” said Sophia Zheng, a mother of three.

Other opportunities for family bonding include trivia night, theater performances, bonfires, crafts, fun competitions, pickleball, a circus, and many more. With a variety of activities to chose from, the San Carlos community continues to grow.

“I think this organization gains momentum as we have new families moving into our community, so I envision this will go on for another 20 years, if not longer,” Rose said.

When people arrived at the scavenger hunt station, volunteers greeted each family member and handed them a sheet of paper with a list of items to be found within the store windows down the street. They also gave out donuts.

Prizes were also announced, sparking excitement in the children’s eyes. In the allotted two hours, the families were told to return the filled out slips of paper, later receiving an email for their earned awards.

Participation within these events is highly encouraged, as the San Carlos community welcomes all forms of family, big or small.

“I think that the small hometown environment is something that people want to experience. I think the world is getting bigger, especially with social media, but people want to feel a connection in their hometown. That’s why I think the Week of the Family is incredibly important and will continue to be,” Rose said.