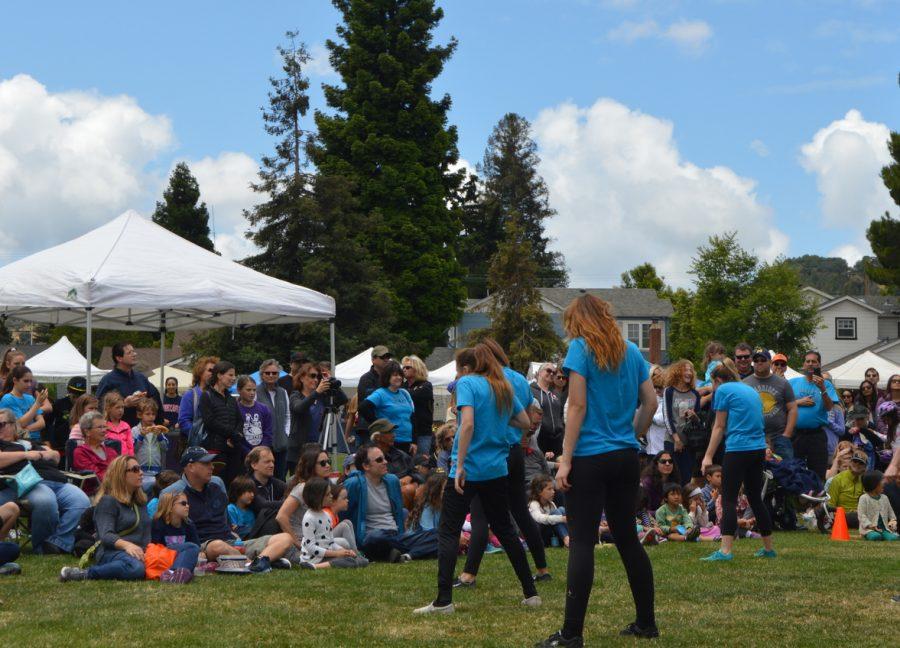 In San Carlos, it’s that time of year again.

On May 21, several crowds of people filled Burton Park and downtown San Carlos, as the annual Hometown Days returned.

The morning began with the annual Hometown Days parade. Several groups performed, marched, or drove down the stretch in the downtown area of San Carlos. One of the groups that performed was Carlmont’s drumline.

“The parade was really fun, even though it was a little chaotic toward the beginning when all of the performing groups were trying to figure out where they needed to be. I thought we did a really good job for our final performance of the year,” said junior Kyle Jung, a bass drum player in drumline.

Hometown Days typically has many attractions for entertainment. Several game booths, jumpy houses, and slides occupied the field at Burton Park for children’s entertainment, and a variety of food trucks were placed by the San Carlos Youth Center. Dozens of stands presented artwork and jewelry for people to buy, and there were two main stages with performances from bands and dancers.

“I think it’s a great place for children to go have fun with their friends. As I’m getting older, I realize the games and booths are mainly targeted towards middle school students, but the art and jewelry stands are great. There’s still a lot of things to do, like play volleyball or watch the concerts,” said sophomore Isabel Mayoss.

Other Carlmont students did not think as highly of this year’s festival. Overcast skies and cold winds were present during most of the day.

“I was sort of disappointed because of the weather,” said sophomore Kevin McGee, “Usually it’s super warm during this time of year, so I didn’t expect the gloomy weather.”

Despite the unusual weather conditions and fewer activities targeted towards high schoolers, some were still able to enjoy themselves.

“I think it’s been better in the past because I’m just so used to how it used to be when I was younger. It was still lots of fun hanging out with friends, so I had a great time,” said sophomore Marjan Moshiri.