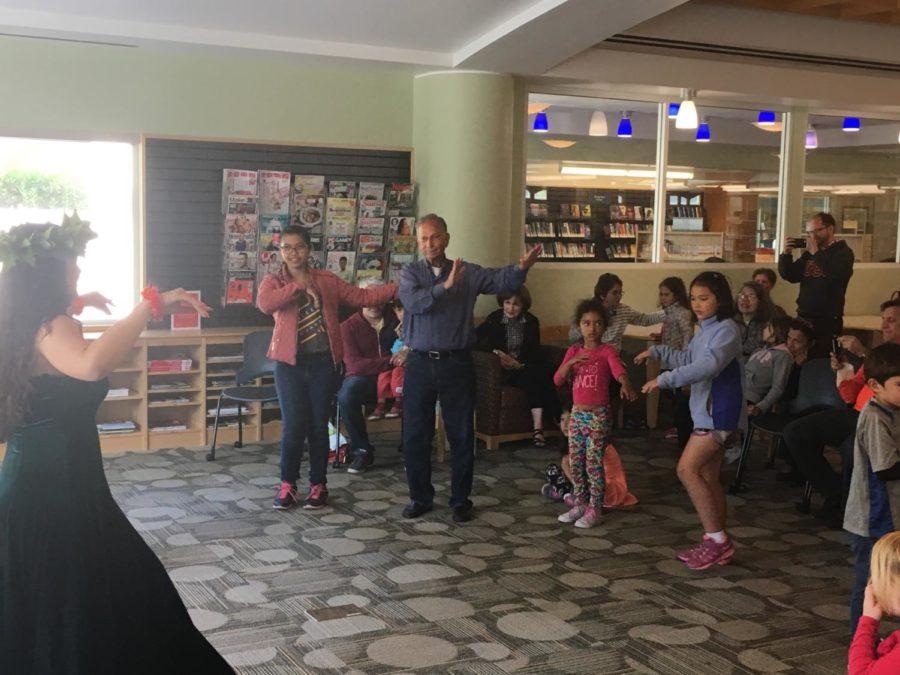 The spirit of the islands has come to San Carlos.

On May 19, dancers from Hapa Hula performed at the San Carlos Library in honor of Asian American and Pacific Islander Heritage Month.

Hapa Hula is a Bay Area entertainment organization that performs a variety of Polynesian dances and songs from Hawaii, Tahiti, New Zealand, and the Cook Islands for events and social gatherings.

“Celebrating Asian-Pacific Heritage Month, as well as other cultural programs year-round, is one way in which we create a space that honors and celebrates the diverse cultural background of the Bay Area,” said Carmen Letona, the youth services librarian at the San Carlos Library.

The San Carlos Library holds cultural events like these year-round for many backgrounds, such as African American and Latino cultures.

At 3 p.m., library visitors gathered for the show to begin. The performance was led by dancers Emily Robbins and Kimiko Brown.

“I grew up dancing, and it’s like a passion of mine,” said Robbins.

The show started with two Hawaiian dances, one of which was called the Ulupalakua. The Ulupalakua is a dance about the Hawaiian cowboys known as Paniolo.

Before the 1800s, Hawaii had no cowboys, as there were no cattle or other large domestic animals to take care of. Then with the arrival of Europeans came animals like cattle and horses. King Kamehameha I was gifted five longhorn cows and placed a kapu on them, banning their hunting for a decade.

Cattle spread unchecked through the islands and in 1832 King Kamehameha III hired cowboys from places like California to capture and export the cattle, as well as teach horse-handling skills to the natives. The Paniolo still live in Hawaii today.

Following these two dances, Robbins and Brown invited the audience to participate in an interactive segment where they were taught the basic steps of the Hukilau, a popular song and dance performed at luaus. The audience then danced with the hula girls.

“I like dancing because it’s important to carry on your family history,” said Brown.

After learning some basic hula steps, the dancers continued with their performance. They switched from Hawaiian to Tahitian dances, which emphasize hip movement over hands. The crowd enjoyed the dancing.

The San Carlos Library plans to hold more events like this in the future.

“I would love for the people of San Carlos to come away with an understanding of a culture different than their own,” said Letona.