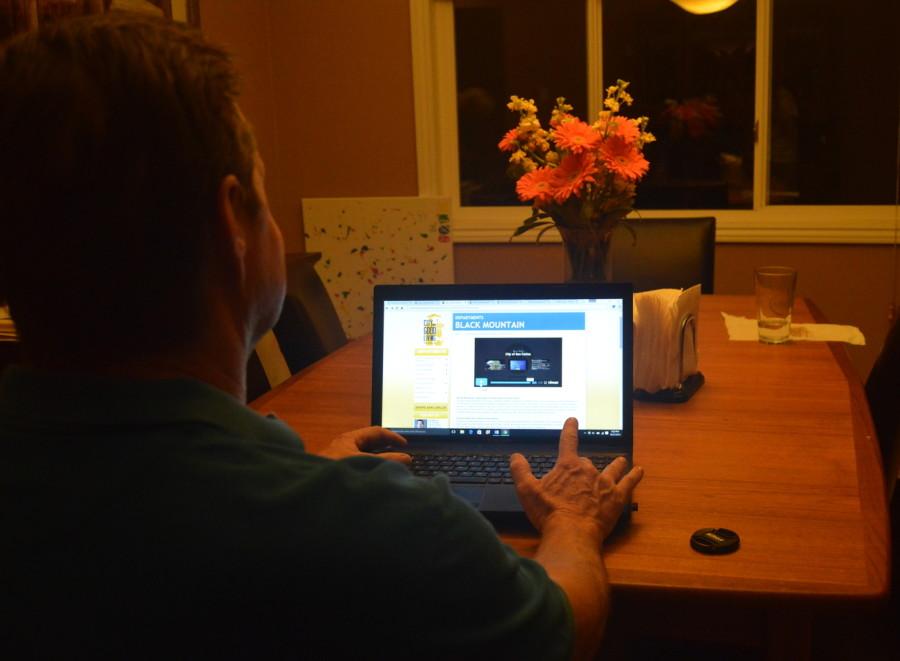 A San Carlos citizen reads information about the details of Measure V on the city website.

On Nov. 3, the city of San Carlos will conclude an election that determines what will happen to the last undeveloped area of the city.

Black Mountain, located in the center of San Carlos, is an open range of land that measures around 25 acres. It is currently on the market, which means that any developer can purchase the large expansion. If a developer does choose to purchase the mountain, the space can be filled with up to 100 houses.

According to the City of San Carlos, the San Carlos City Council stated that if approved, the ballot proposition for Black Mountain, Measure V, will issue up to $45 million in bonds to own and make advancements to the property. These advancements include new walking trails, preserved land, and the possibility of another public park. In addition, if the prop is passed, all decisions will be overseen by San Carlos citizens.  Two thirds of the voters must vote “yes” on the movement to pass it.

The area is located along Alameda de las Pulgas between Madera Avenue and Melendy Drive.

“I have heard of Black Mountain. I’ve seen part of it while driving on Alameda, but I was not aware that the property has been for sale,” said sophomore Sehar Masudd.

The City of San Carlos stated in a presentation that Black Mountain was initially owned by George Washington Faulstich in the 1930’s, where he founded the Black Mountain Spring Water Company. The company thrived until the land was purchased in 1999.

Although Black Mountain is a potential area for more business regarding real estate, the housing would take the place of a small underground water spring and the wildlife that inhabits the expanse. Residents also argue that building on Black Mountain would cause more traffic and obscure the views of the Bay Area that are, and forever should be, available to the public.

Carlmont parent Kim Armstrong supported the proposition when she said, “I voted yes! I have a moral obligation to stand behind this proposal to preserve land for future generations of San Carlos. If it were to be built upon with condos, it would cause more overpopulation of our town and increased traffic!”