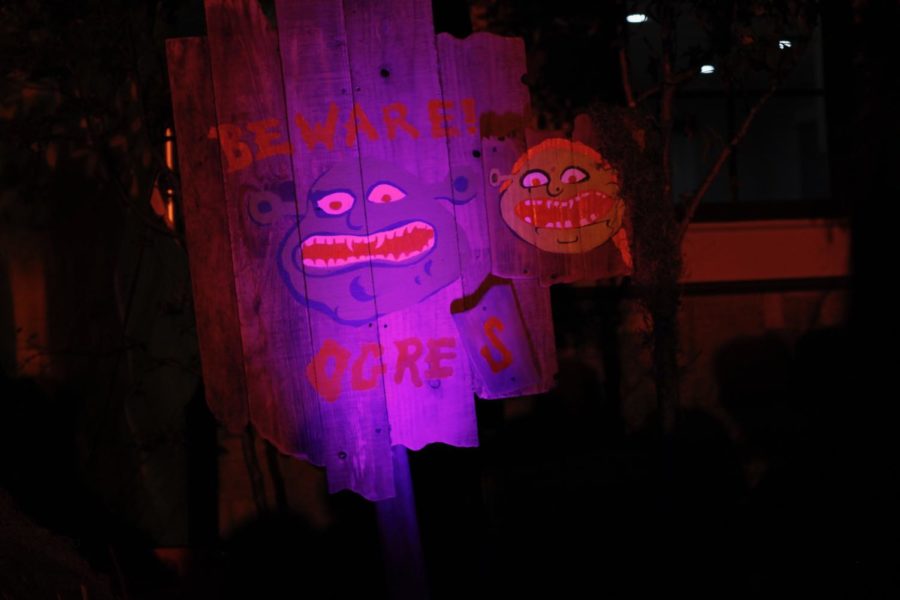 The highlight of Eucalyptus Avenue: a small section of Farquaad's castle.

When Halloween swings by each year, millions of children become excited to go trick-or-treating and fill their bags of candy. However, many had their hopes let down after seeing Eucalyptus Avenue this year.

For many, Eucalyptus Avenue is considered the street for Halloween and Christmas—the street where festivities are out of this world. In the case of Halloween, houses with crazy decorations that make many feel like they’re in a different environment. Christmas is also a specialty of Eucalyptus Avenue, as many spend lots of money on thousands of lights to make their houses truly beautiful.

However, this year’s Halloween was considered subpar by many.

“It was kind of sad because as a kid you always look forward to Halloween and all the spirit, but this year it was really disappointing,” said Benji Withop, a sophomore.

Carlmont students were nowhere to be found on what used to be considered the most spectacular street when Halloween comes around. Others were also disappointed by the lack of festivities on Eucalyptus.

“I’ve never been there before, but for Christmas, the festivities were a lot brighter and many participated. This year, in particular, many didn’t decorate their house and failed to meet the standards of Eucalyptus,” said Sam Taxay, a sophomore.

Although Eucalyptus, in general, was subpar, the highlight of the street was the “Shrek” house. That specific house was previously known for going all out every single year, and they kept the tradition going through this year.

The entire house was designed like Farquaad’s castle and eventually, the owners of the house, who were all dressed in Shrek costumes with makeup, came out and sang songs from the film, as well as took selfies with people who had passed by.

Overall, a maximum of nine houses on the entire block of Eucalyptus was decorated with the Halloween spirit. There appeared to be a lack of spirit on this Halloween night.

To many, it felt like the end of an era. For the first time in years, Eucalyptus was not decked out with many “spooktacular” houses. Many children every year look forward to Halloween, and this year many were let down.