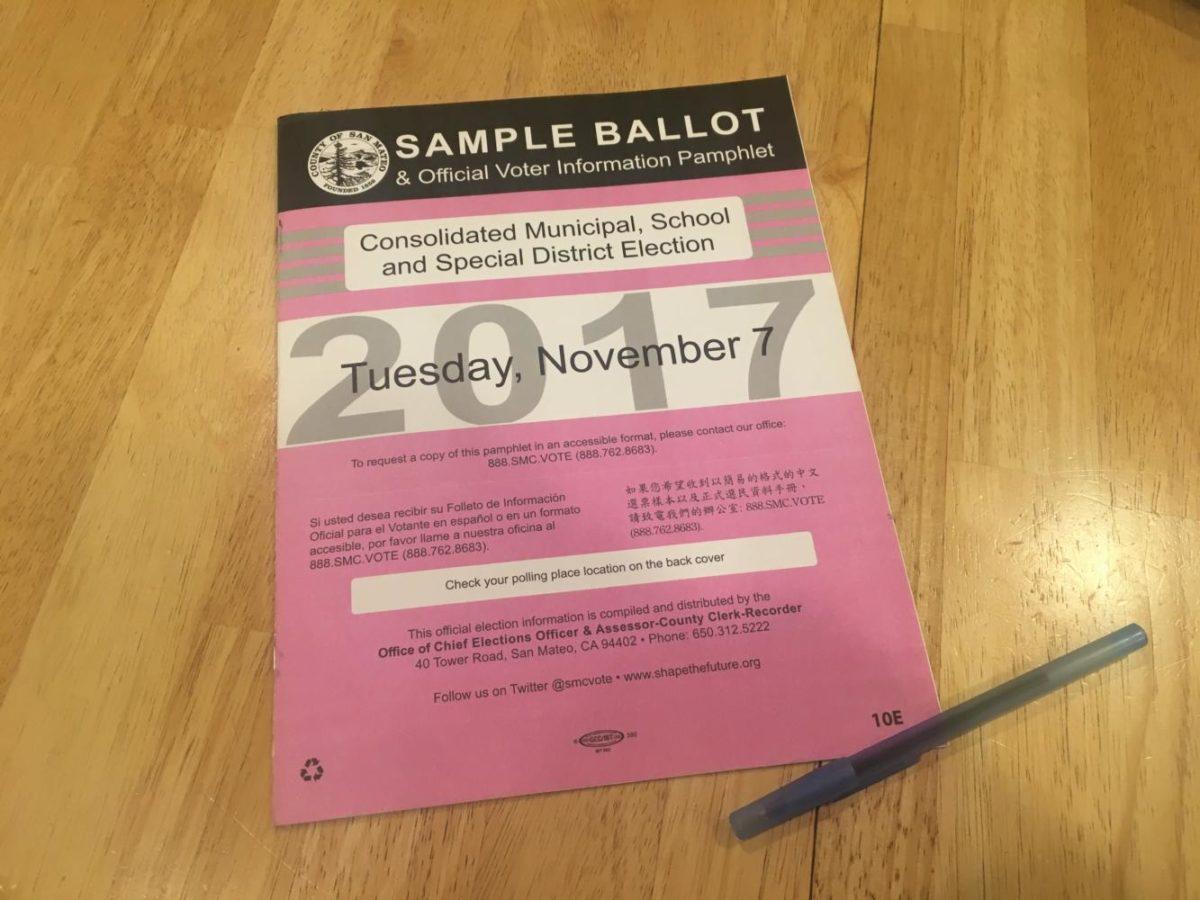 Sample ballots help voters ensure that they pick the candidate that they want once they go to vote.

San Carlos voters will hit the polls on Nov. 7 for a school board election in the San Carlos School District.

As the voting date nears, sample ballots have been sent out to registered voters. Sample ballots can assist voters in the voting process once they reach the polls and assure that they select the right choices.

“I encourage voters to review the material carefully and to mark their choices on their sample ballot. If they are voting at the polls on Election Day, it is helpful to bring the pre-marked sample ballot with them,” said Mark Church, who is the San Mateo County Chief Elections Officer and Assessor-County Clerk-Recorder, on a notice posted on the San Carlos Patch.

The current board is made up of Nicole Bergeron, Eirene Chen, Michelle Nayfack, Carol Elliott, and Kathleen Farley. As the current president, Bergeron will not be running for another term, which leaves three of the board’s five seats are open. Current trustees Elliott and Farley are running for re-election against newcomers Neil Layton and Thomas Vigdal, according to the San Mateo Daily Journal.

“As a voter, I look for those who have experience with teaching. This is about as small as an election as it gets, but it’s very impactful because it has one of the most direct impacts on people,” said David Gomez, who teaches U.S. History and is a San Carlos resident.

Voters can vote by mail, in person at early voting stations, or at the polls on election day. The sample ballots have candidate information, as well as other voting process information.

“It’s important for people to get involved and know what’s going on in their communities, and it’s especially important that people get involved,” said Aimee Kanadjian, a junior.

The responsibilities of a school board member include setting direction and priorities for the school district, establishing an effective and efficient district structure (including the hiring and evaluation of the superintendent), overseeing the development and adoption of district policies, providing fiscal oversight and ensuring fiscal and academic accountability, and providing community leadership as advocates for children and the school district, as outlined by the district.

“School board, from my experience as a teacher, makes all key decisions for schools governing body, and all issues that need to be addressed go through the board. I’ve had things approved by them, such as mock trial field trips. They make the key decisions and then the superintendent enforces them, they’re like the Congress of the school district,” said Gomez.

Voters are encouraged to look at their sample ballots before election day arrives to make sure they are informed about what is happening in the community. Elections will be taking place throughout the county for different municipal positions.