San Francisco greenery is a sight for sore eyes 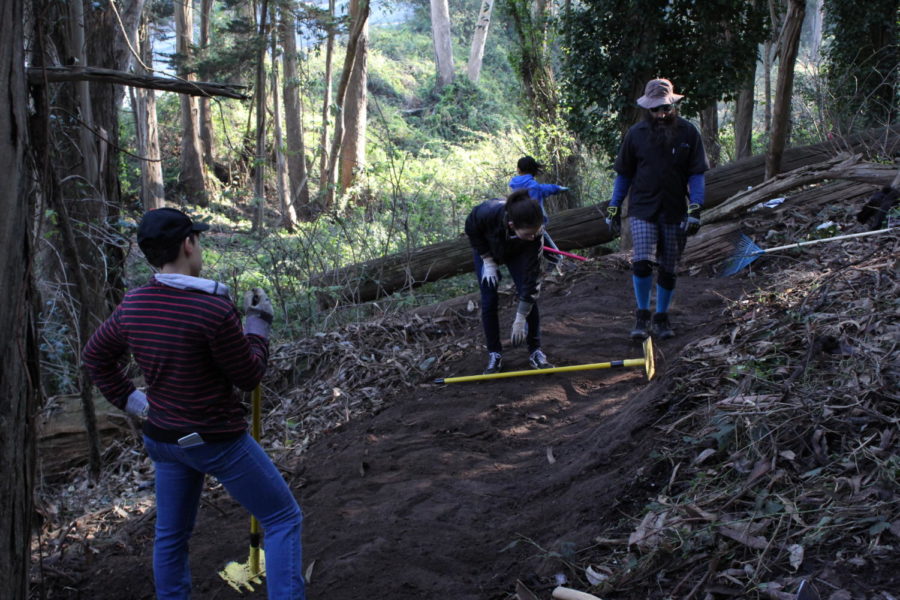 When people imagine a hospital, they usually think of an uncomfortably sterile room lit by bright fluorescent lights. But at Laguna Honda Hospital and Rehabilitation Center, this is not the case.

On the grounds of the Laguna Honda Hospital and Rehabilitation Center, there is an expanse of lush, green, earth that is now developing new trails. Some of the old trails are still present, but most have washed away. The SF Urban Riders have been working to restore and renew the area around the hospital. They have improved upon the old trails, and continue to dig new ones.

With the beginning of the Laguna Honda community trail project in 2017, the Urban Riders have worked toward protecting the environment at Laguna Honda. They clear out the invasive plants that are smothering the native growth and remove the trash that has collected over the years.

Unlike some projects, the Laguna Honda renewal has been funded by the San Francisco Community Challenge Grant and other sources with little difficulty. According to SF Urban Rider member Daniel Schneider, the Laguna Honda project has been well received and supported by the public and its sponsors.

“The hardest parts about the project are less about funding and more about finding the people to volunteer their time to work on a Saturday,” Schneider said.

Other challenges lie with having to clean up the trash in addition to digging trails.

“It’s tiring to have to hold off on progressing with our work in order to get rid of the garbage. Sometimes it feels like the hours of cleaning still haven’t brought us any closer our goal,” said Sasha Magee, a longtime volunteer for SF Urban Riders.

Most of the trash gathers at a part of the Laguna Honda trail that is unofficially called “Bedpan Ally.” Bedpan Ally is named after the disposed of bedpans, glass medicine bottles, and other hospital trash that has accumulated there over the years.

“At one point in the hospital’s history, they must have dumped trash over the hill as a means of disposal. Some think the old glass adds character to the area and others want nothing but for it to be gone. The only thing we can do about it now is to try our best to clean it,” said Matthew Blain, a member of the Urban Riders.

In addition to the challenges, there is much to be gained from the volunteer experience.

“I think it is important for people to be exposed to the idea of volunteering from a young age because they might enjoy the experience or at least learn something new in the process,” said Mikayla Acosta, a 12-year-old volunteer.