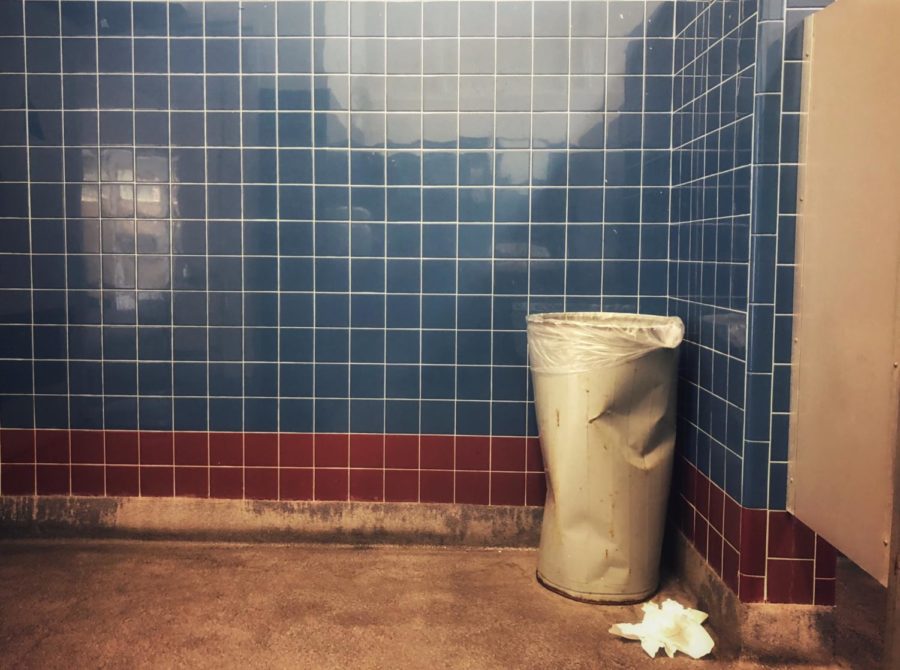 The first piece of garbage falls to the floor of the C hall bathrooms as the bell rings to start the school day.

School bathrooms. The words that send a shiver down students’ spines conjure up images of vaping, overflowing garbage cans, and other unspeakable things.

Restrooms have found their place in pop culture as the foulest areas in a high school. Often used hesitantly or not at all by the students; they no longer serve their intended purposes. Now occasionally used as private areas for drugs and hangouts, students point fingers at the administration for failing to clean the bathrooms but also fail to look at their actions as the reasons behind the disgusting conditions of the restrooms.

Jill Bryan, a junior, said, “It is always dirty and disgusting, and I would rather be anywhere else at the school than in one of the bathrooms.”

Their disgust for the bathrooms has unified students of all genders. From wet paper towels dripping from the ceilings to cracked mirrors and filthy tiles, the bathrooms create an unwelcoming environment that dissuades students from using them.

The lack of hygiene products like paper towels or toilet paper is a common complaint among both genders as well, along with how safe the students feel in either bathroom.

“I don’t use the school bathrooms because they are disgusting, and I don’t feel safe in them,” said Giancarlo Troglio, a sophomore.

Many other students like Troglio also expressed their fears of the bathrooms, referring to the other students who use the space to vape as the leading cause of their discomfort. Additionally, people failing to dispose of their hygiene products, according to Bryan and other female students, is the primary cause of the unsanitary conditions.

“The garbage cans overflow with paper towels and whatever else students put in them, and pretty soon, the whole room is covered with them,” said Leila Farhi, a sophomore.

While it is impossible to deny the fact that the bathrooms are revolting, blaming it on the cleaning staff would be unfair. With over 2,000 students on campus, a mess can be found anywhere at Carlmont, and the cleaning staff is expected to keep all of it sparkling clean.

Mary Tagilala, a campus security aide who often supervises the bathrooms, said, “Students need to be responsible for cleaning up after themselves. It’s like a bathroom at home. You wouldn’t make a mess than not clean it up. That’s just inconsiderate.”

Despite having daily cleanings, the bathrooms remain a warzone, with the janitors cleaning up the messes the students make every day. Security aides like Tagilala have to be brought to bathrooms so they can supervise and prevent students from destroying them. Janitors spend hours every day cleaning the entire campus, and each mess adds more time they have to spend cleaning.

Overall, the restrooms have failed to serve their purpose. Students avoid them, and they are covered with filth until the janitors wipe it clean for the cycle to begin the next day again.