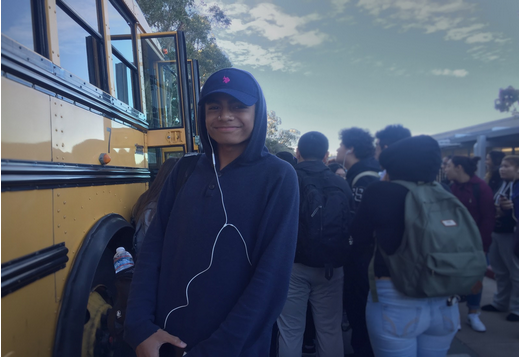 Carlmont High School no longer experiences the enrichment brought there by the diverse students coming from the neighboring communities.

The Sequoia Union High School District (SUHSD) superintendent, James Lianides has approved the reposition of the boundaries that determine which students will attend which school.

This change resulted in the East Palo Alto population taking a step and stop attending Carlmont High School. This mainly affects East Palo Alto students, but the Belmont and San Carlos population are affected as well.

East Palo Alto students are bussed into Carlmont and because of the new border change, they now have the choice between many SUHSD schools. Most of these students aren’t choosing Carlmont but rather Menlo-Atherton.

Carlmont counselor Theresa Torres said, “I think it’s a loss for everybody because I believe having a more diverse population at Carlmont was one of our strengths. It was how we could see life through each other’s eyes and understand that the world is made up of different types of people, different cultures, and different backgrounds.”

A majority of those percentages came from the East Palo Alto students, but now that the incoming freshmen are given a choice to leave, the diversity will quickly decrease.

Sophomore Becky Kosovsky that lives in Belmont said, “I think my surroundings are very safe, I don’t see any crime in Belmont.”

According to NeighborhoodScout in Belmont, the crime rate is low in most areas; there are some high crime areas within the community but, overall a majority is safe.

The crime rate in East Palo Alto is high but low in some areas. Overall, it’s very dangerous in some to most parts according to NeighborhoodScout.

Since the Belmont/San Carlos population lives in a safe area they don’t experience the crime and violence that the East Palo Alto students experience. It’s good to know and understand violence and crime from a classmate one trusts. 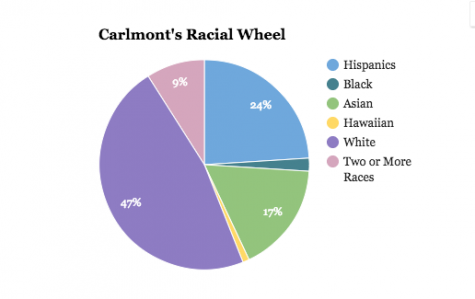 Carlmont English teacher Addison Lewellen said, “If Carlmont were to become less diverse then it would be important for us to do more things as teachers to help our students understand what life is like for people that have different experiences.”

East Palo Alto students are still welcomed, but many fear that they will not choose Carlmont due to the 35-minute bus ride it takes to get to school.

Many are choosing schools like Menlo-Atherton over Carlmont. East Palo Alto students find that these schools are closer to their home, and now that East Palo Alto High is an option for them again, many are going there as well.

East Palo Alto resident and sophomore Karen Sanchez said, “I came because I wanted to be away from distractions. Everyone from East Palo Alto was going to go to Menlo-Atherton and few people were going to come to Carlmont. I think it was better to get to know more people and not be in the same environment as I had been in middle school.”

Principal Sharifa Wilson from the Ravenswood City School District (RCSD) said, “The first choice for families in Ravenswood is Menlo-Atherton and we have to opt to transfer them to see if there’s space, [this] automatically pulls out some of the diversity that had been at Carlmont. It’s really important to value those different voices however you define diversity.”

The different voices in the room are very important to Carlmont. This is just one benefit of having East Palo Alto students at Carlmont.