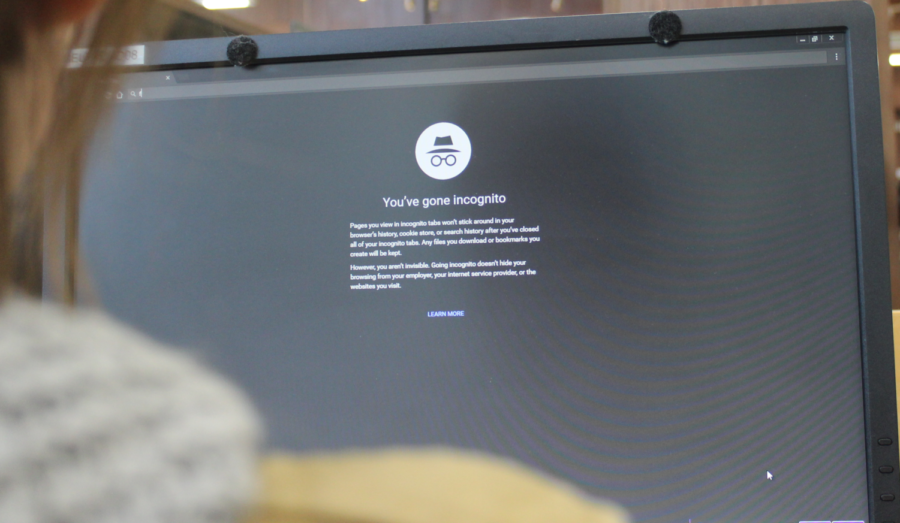 Some students think that going incognito means that what they do is private. This, however, is not always the case.

The internet is not as private as some may think.

There are ways in which the Carlmont staff can see everything that a student accesses on their Sequoia Union High School District email account.

While some may think that this is an invasion of privacy, legally, the school is allowed to watch student activity on the internet.

There are two large aspects of student monitoring: the Google accounts, and the internet. The Sequoia Union High School District provides every student with a Google account. Because the school owns and manages these accounts, they can monitor the students.

“We do not regularly look into student’s accounts. We have software that is basically like a firewall that notifies the district technology department when there is something inappropriate coming from someone’s account,” said Carlmont Principal Ralph Crame.

This firewall is the main way that the district can monitor student’s activity. The district can also cross-reference student numbers to their accounts and find out who is doing what, but this is not a regular occurrence. It is also possible for the district to go into someone’s Google account and look at almost everything someone has done.

There are some students that think switching to Google’s incognito mode may help, but this can only do so much. When someone opens an incognito tab, there is a displayed message. This message says that activity may be monitored by the websites one visits, the ISP (Internet Service Provider), and someone’s school or employer.

This may be troublesome to some students, but it may not be as bad as some may think. There are not very many instances that the district will view the student’s accounts.

The school can monitor and watch students with a Google extension called Relay that is in every Sequoia Union High School District account. The program looks for keywords in websites and alerts the district office of times whenever a red flag occurs.

Relay can also block the student’s ability to view a site. If needed, the district can also investigate a student’s account. This is a very rare occasion, but it still can happen with some situations that involve things such as pornography, drugs, or any illegal activity.

Students may debate whether or not monitoring their internet use is ethical. It evolves into a question not of what the district can do, but what they should do so.

“In ways, it’s kind of unfair because it’s like searching your bag without your permission,” said Cameron Garcia Brown, a junior from Carlmont.

The school is not only able to, but required to filter certain things on student accounts under the Children’s Internet Protection Act. According to the website for the Federal Communications Commision, schools and libraries are required to “lock or filter Internet access to pictures that are: (a) obscene; (b) child pornography; or (c) harmful to minors (for computers that are accessed by minors).”

Among the things that the school has blocked are Snapchat and Instagram. These bans were implemented for different reasons, however. It is not a matter of what was going on in the apps, but how many people were using them.

“Snapchat and Instagram: when we had them turned on, they were sucking up 33 percent of our bandwidth, which made connectivity for educational purposes very slow,” said Fishtrom.

Essentially, students should know that the things they do are not always as private as they might think. Though it can be an inconvenience, the monitoring is for the safety and well being of all students.