School will start later for many Carlmont students next year 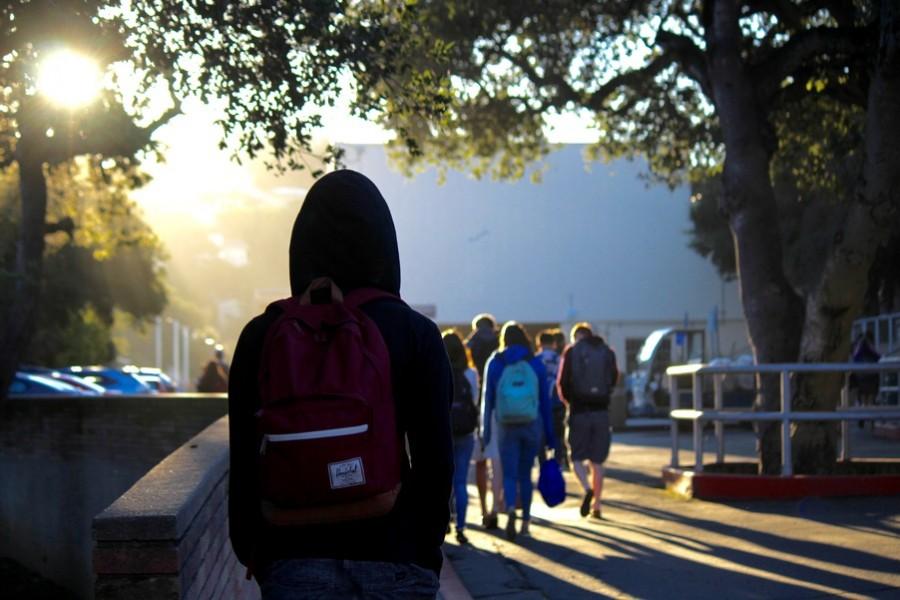 Most students will sleep in, and only a few will continue to be at school by 8:00 a.m. next school year.

On Feb. 3, the School Board approved a motion for Carlmont to move to a late start bell schedule for the 2016-2017 school year.

Students with only six periods will begin at 8:57 a.m. on a regular day and 9:43 a.m. on a Wednesday. Students with seven classes will have a zero period beginning at 8:00 a.m. on regular days and 8:53 a.m. on Wednesdays, which is the same as the current bell schedule. All students will be dismissed at 3:15 p.m. after sixth period.

In the new schedule, classes will remain 50 minutes long, despite discussions earlier this year about implementing a block schedule.

The main reason for this change was because of Stanford University’s research that showed schools that start later in the morning allow students to get more sleep and allow their biological clock to wake up.

An article published in Stanford Medicine noted, “One 2010 study at an independent high school in Rhode Island found that after delaying the start time by just 30 minutes, students slept more and showed significant improvements in alertness and mood. And a 2014 study in two counties in Virginia found that teens were much less likely to be involved in car crashes in a county where start times were later, compared with a county with an earlier start time.”

Some are skeptical of the benefits.

Linda Garvey, a history teacher at Carlmont, said, “I think they made a decision at the board level based on research for a population, but I am not sure that is our population.”

This new schedule will only affect students who plan on taking less than six classes. Except on Wednesdays, students with seven periods will continue arriving at 8:00 a.m.

In addition, there may be a negative impact on student athletes, as they will no longer have the option to end school at 2:18 p.m. For some sports, players must leave in the middle of class to arrive at their game, while others completely miss their last class.

However, Crame said that the administration is working on this issue.

“We are working with the other schools in the district and the league to move start times for games later. This would mean students miss less class time. The district is also interested in installing a second set of lights for an athletic field to help move game times later,” said Crame.

For some students, this new schedule will complicate their daily activities, before and after school.

Junior Matt Irwin said, “I go to a scripture study class every morning before school from 6:30 to 7:30 a.m. and I go straight from there to school. If I take six classes next year, I will have an hour and a half between. I have nothing to do with that time. So I have to take seven classes so I don’t have that free time. If I were to take six classes, it [wouldn’t] make a difference because I would be at school at the same time.”

For students who cannot be transported to school at this new time, Carlmont will provide a space for students to gather if they have to be dropped off early. The library and student union will be open, as well as other spaces if needed.

The district is also committed to providing appropriate transportation for all students, including those from East Palo Alto. The administration has been working with Sam Trans to ensure all needs are met for students, coming to school and going home.

Fernando Aguilera, a sophomore from East Palo Alto, said he will still need to arrive at school at the same time.

“I still have to wake up at 6 in the morning, come to school, and wait two hours for school to start. I don’t like that because why would I want to come to school two hours early to do nothing? I think this is a negative change because I expected a better schedule and now I don’t know what to do,” said Aguilera.

However, not all students are against the new schedule.

Freshman David Bedrosian said, “I plan on taking six classes. I think I will get more sleep, learn more, and perform better on tests. My teacher didn’t like it because she likes to do her classes in the morning, but most people aren’t morning people, so they learn better later in the day.”

For seniors, this change is less consequential.

Senior Sage Shamsai said, “I think it’s beneficial in that you have a little more time in the morning to compose yourself and sort out your day. I know, for me, when I am rushed in the morning, my entire day is flustered. So if I have another hour in the morning, I can organize my day and start a bit of my homework. It would reduce my stress. It sucks that I am a senior, and I can’t enjoy it.”

Since all students will be dismissed at the same time, traffic is a major concern.

Crame asserted that traffic will always be an issue with a school that has as many students as Carlmont. He encouraged carpooling.

Though it may present problems, the new schedule will still be used in the 2016-2017 school year.

“It is worth a try, but I think it is going to have a lot of unintended consequences, especially for kids who have after school sports and activities,” said Garvey.