Scot Scoop Explains: are we in a ‘constitutional crisis’? 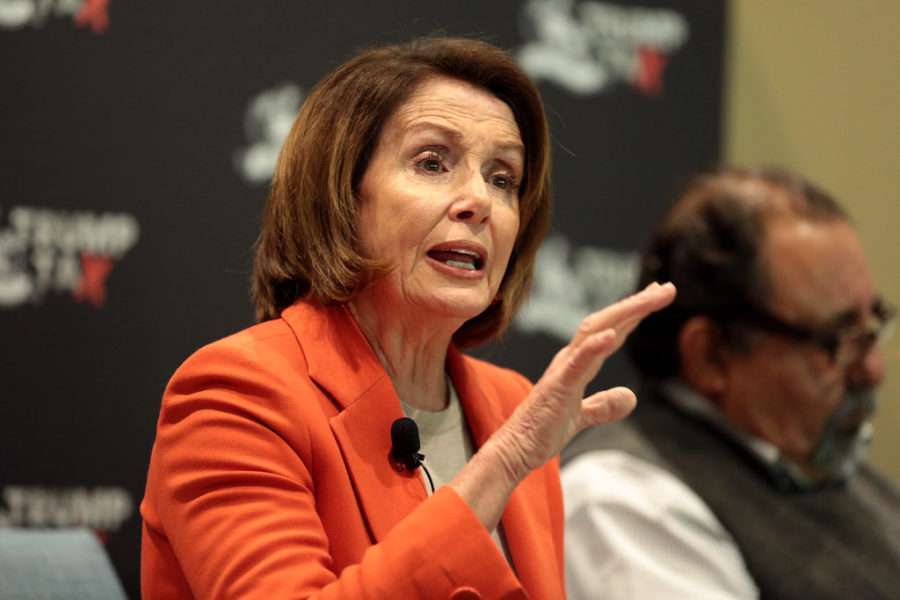 Nancy Pelosi, Speaker of the House, said that the United States was in a "constitutional crisis," agreeing with the comments made by Rep. Jerry Nadler, chairman of the House Judiciary Committee.

Scot Scoop Explains is born out of the drive to inform the general public about the who, what, when, where, why, and how of political topics. Given that very little news is born the moment it comes across a wire, Scot Scoop Explains will also provide relevant context and analysis to ensure full understanding of new information.

Jerry Nadler, the Democratic chair of the House Judiciary Committee, is the latest person to argue that the U.S. is in a “constitutional crisis.” After the White House invoked executive privilege and refused to release the full, unredacted version of the Mueller report, Nadler told CNN that we are in a “constitutional crisis” because “the president is disobeying the law and is refusing all information to Congress.”

On Thursday, May 9, Speaker of the House Nancy Pelosi agreed with Nadler’s comments after President Donald Trump’s refused to cooperate with the House Democrats who were investigating him.

But, Nadler added, “I don’t like to use that phrase because it’s been used for far less dangerous situations,” referring to the idea of a “constitutional crisis.”

What historical context do we have?
President Richard Nixon was impeached in the House of Representatives in 1974. The articles of his impeachment included obstruction of justice, abuse of power, and defiance of subpoenas.

How did we get to this point?
The House Judiciary Committee just voted to recommend that Attorney General William Barr be held in contempt after he ignored a deadline to produce documents from the investigation of special counsel Robert Mueller.

Adam Schiff, the chairman of the House Intelligence Committee, subpoenaed Barr for an unredacted version of the report, as well as all counterintelligence and foreign intelligence generated by the special counsel’s investigations.

Barr has until May 15 to submit the requested information to Congress. If he does not comply, the Intelligence Committee is likely to hold its own contempt proceedings and send another recommendation to the House for a full vote for contempt.
What part of the Constitution does a “constitutional crisis” refer to?
The Constitution itself provides remedies to circumstances where the branches may have difficulties implementing their own checks and balances on each other. However, it is up to those branches to actually take action on these remedies.

A “constitutional crisis” would refer to circumstances where Congress has exhausted its remedies to provide a check on abuse of executive power by the president with no outcome in either direction.

Another potential course of action that could happen regarding constitutional powers is that this battle could make its way to the courts. However, bringing this to the courts will only drag out the process longer, with the possibility that this conflict ensues past the tenure of the Trump administration.
Are we really in a “constitutional crisis?”
The reality is that a read of the Constitution doesn’t give us a “laundry list” of what is and isn’t a “constitutional crisis.” Nor does it give us solutions to every possible problem that could arise.

Ultimately, the framers of the Constitution wanted to ensure was that the executive branch did not abuse its powers and that the president did not turn into a tyrant. The Constitution doesn’t give us a remedy for every problem because the framers believed that the people would elect leaders who would represent their best interests.

However, it seems that Trump has used the powers given to him by the Constitution to slowly but surely drive out his political opponents. Here’s what happened so far:

He fired the FBI director overseeing an investigation into Russian election interference.
He tried to end that investigation into Russian interference, publicly and privately.
He dismissed a Department of Justice official who wouldn’t carry out an order the courts later rejected.
When Congress wouldn’t cough up money for his border wall, he declared a national emergency so he could spend it anyway.
He’s verbally attacked the courts, complained about Supreme Court justices, and threatened to break up the 9th U.S. Circuit Court of Appeals.
He called into question the legitimacy of elections.

The American system of government is built on conflict. Our coequal branches of government exist just to thwart the powers of each other. Thus, the line between a crisis and a confrontation is awfully blurry.