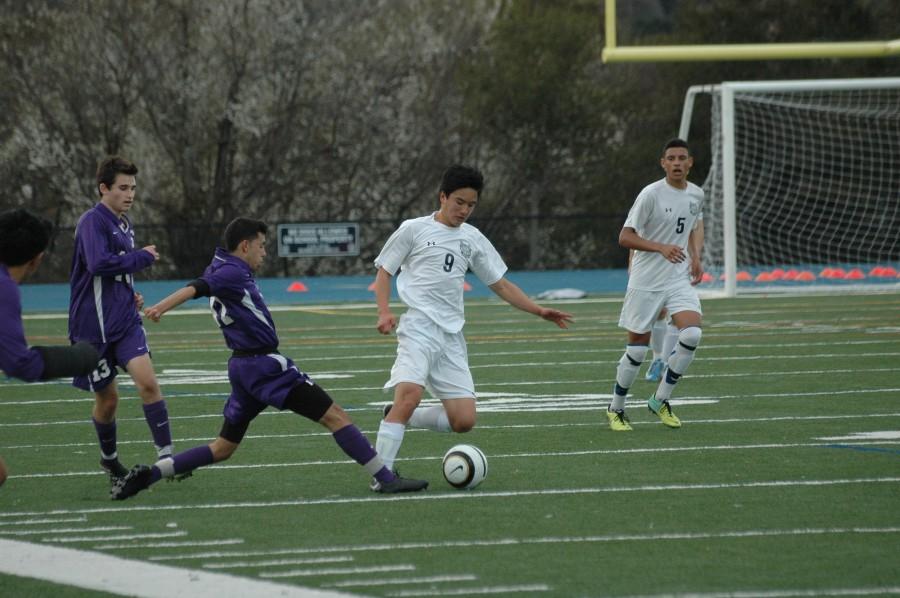 Carlmont’s varsity boys soccer team faced off against the rival team from Sequoia. The game was very intense for both teams, making it more of a battle for the win.

Senior Theo Fedronic said, “We needed to win all three of our last games. This game was the second game of the three. Sequoia is always an intense game because they are our rival school.” 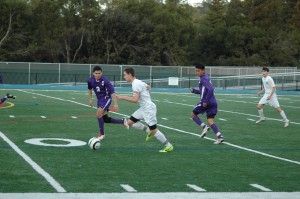 The game looked like it was going to be a loss for the Scots because Sequoia managed to keep the Scots from scoring in the first half of the game.

Junior John Cunningham said, “They came out fast. They were able to score on us by running the ball down the left side of the field and crossed the ball over to an open player near the goal.”

In the second half of the game, the Scots took control of the game and were able to keep the ball in their possession for almost all of the rest of the game.

The first goal for the Scots was scored by Theo Fedronic. Fedronic and his team were able to score by having a massive push with the ball deep into the Sequoia defense. This brought the score to a tie at 1-1.

A few minutes later, Nathan Rosenthal took the ball and had a major breakaway for a solo goal bringing the score to 2-1 Scots.

Fedronic said, “Unfortunately, after we score a goal our team gets a little complacent and relax too much.” This became true because a few minutes later, the Scots let Sequoia draw closer and closer to the Scot’s goal until they were able to shoot another ball past the Scot’s goalkeeper.

The game was down to the final minutes and both teams were battling with everything they had.

Senior Julian Smith was driving the ball towards the Sequoia goal, but then was suddenly stopped by a Sequoia defender who illegally slide tackled him. The defender received a red card and the Scots received a direct kick on the goal.

The Sequoia goal keeper was able to keep the initial kick made by Rosenthal out of the goal, but Rosenthal attacked the rebounded ball quickly and shot it into the back of the next bringing the final score to 3-2 Scots.

Fedronic said, “We had a very good game and it could have gone in the favor of either team, but luckily we got one more goal than they did. We need to come out stronger and really establish ourselves earlier on in the game, but we never gave up, we kept going, gave it our all, and luckily we squeezed out the extra goal we needed.

Coach Beloff said, “We put everything out on the field today. A lot of the players played really strong, even though they had injuries and managed to pull out an amazing win.”