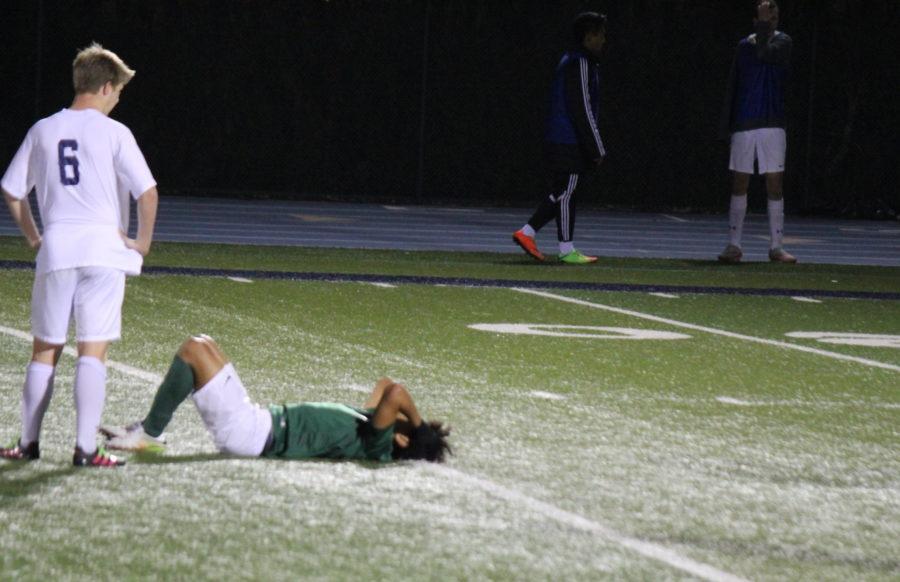 He did it again.

The game started off great as Dro Avetian, a senior, scored in the 17th minute to put the Scots up 1-0. Just as halftime approached, Monterey countered Avetian’s goal with an absolute beauty of a shot from about 30 yards out, placing it in the upper left corner. Young had no chance to save it.

“I wasn’t worried… well, of course, I was worried,” said head coach Will Stambaugh.

After halftime, the game was back and forth, one end to the other throughout the second half. The stalemate was eventually broken when Avetian decided it needed to be over. He stole the ball at around midfield with a tackle, turned it up the field, and took on four defenders. He buried it in the bottom right corner.

“I held it up during the game for my team,” said Avetian.

Right as the game was coming to a close Monterey struck back with another world class finish from outside the box. The game seemed destined to go to penalty kicks, as neither team could finish in overtime.

In the penalty kick shootout, Carlmont had the first kick. Avetian ran up confidently to the spot, placed the ball down and shot. The Monterey keeper guessed correctly and made a save.

After that nobody on either side missed their kick, that is until Scots senior keeper Peyton Young decided to change that. With back-to-back saves to win the game Young got all the praise for that victory from his teammates.

Leo McBride, a senior, said, “I have total faith in Peyton Young.”

Young simply said, “I just really needed to save it.”

The deciding factor in this game was simple: the Scots had Peyton Young and Monterey didn’t.