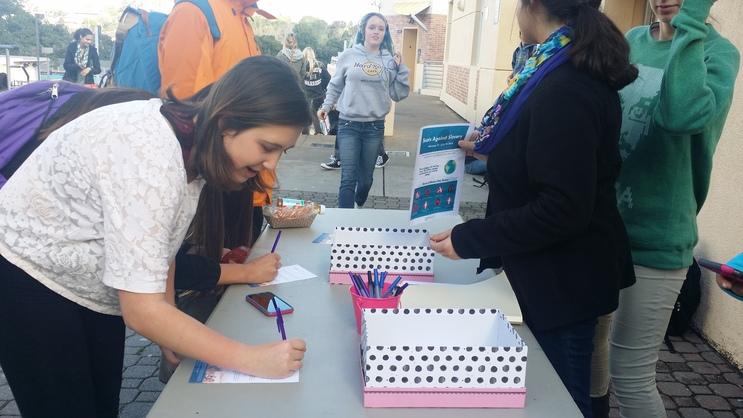 Junior Ashley Herrero pledges against slavery. "I simply don't believe in slavery. It is cruel," she said.