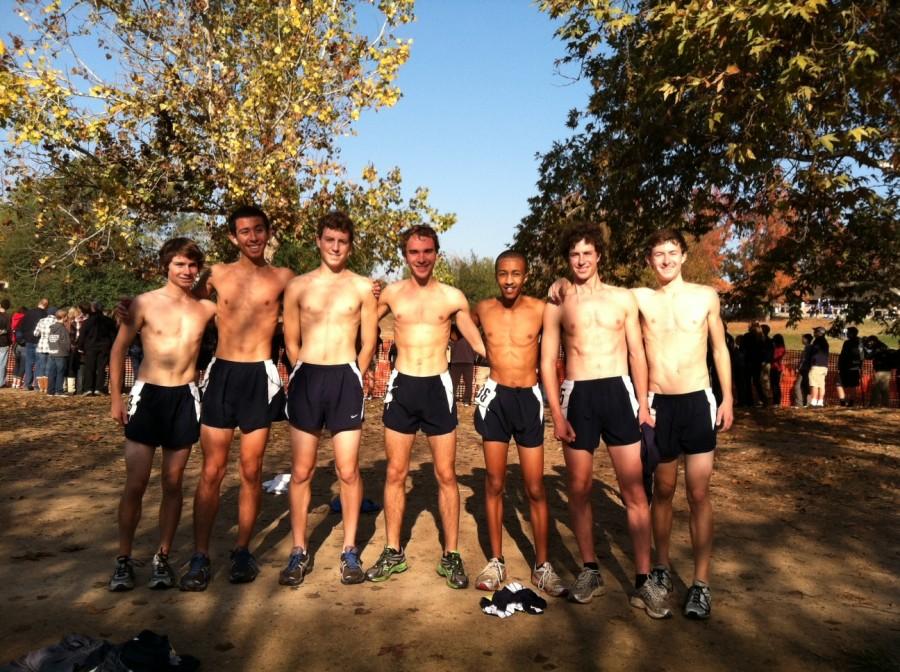 Another season for Carlmont’s cross country team came to a close with the California Interscholastic Federation State Meet on Saturday at the 5K Woodward Park course in Fresno.

Carlmont’s varsity boys team competed inin the race against 22 other teams in their division. As a team, the Scots placed tenth with 283 points and an average time of 16:07.

Although Carlmont was not able to place ahead of Bellarmine, their biggest competition in the Central Coast Section, the Scots were able to finish with great times.

Carlmont senior Daniel Bereket placed eleventh in the division with a time of 15:28. In preparation for the meet, Bereket stated that he and the whole team had been working on cutting down their milage and doing a lot of speed-oriented workouts, as well as many race simulation workouts.

Bereket met his goals for the race, running just under 5 minutes a mile with a pace of 4:59, as well as the team placing in the top 10.

Carlmont junior Ryan Dimick ran a time of 16:42. Dimick commented that the Scots have had “a really good season this year that has been better than past seasons.”

Bereket said, “The team had a shaky start, but bounced back and had a good season.”

While the team members were nervous heading into the race, it turned out they had nothing to worry about. They ran hard and finished off the season well.

Based on this season, Carlmont should continue to improve and hold their high rankings next season.