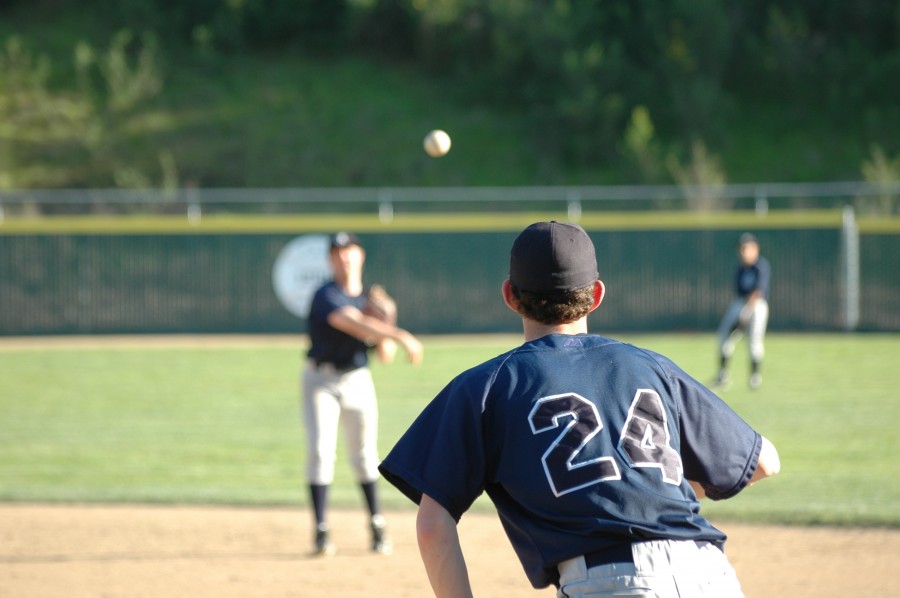 Evan McClain getting runner out at first

Varsity baseball had a great scrimmage against the Terra Nova baseball team.

Both teams started out playing very well and it was hard to tell who would come out as the victor in the first three innings. That was until the Scots went on a huge rally, racking up 10 runs in one inning before the mercy rule took effect.

By the time the game was over, it was easy to tell which team won, but Coach Vallero wanted to make sure everyone knew “todays scrimmage is only for fun. They could come back and beat us later on this season.”

Evan McClain said, “We have a strong pitching rotation.”

The main difference between the two teams was the pitching ability. The Scots used four of their best pitchers during the scrimmage. Kyle Barret said, “Marcus Fukuhara is one of our star pitchers and he pitched great.”

The Scots’ rally was started by Kai Haake who scored from third base off of a huge hit by Mario Mazzoni.

After the bases were loaded, two runs were score off of a double hit by Mike McGill. Spencer Stewart was next at bat and brought in another run from a base hit.

First and third base had a man on them, and Jesse Austin was the third man to make the bases loaded. Conner Sick was walked, bringing in the man from third.

The Scots did not have a shut out because Terra Nova was able to score one run.

The Scots would have kept scoring, except a mercy rule took effect and ended the inning.