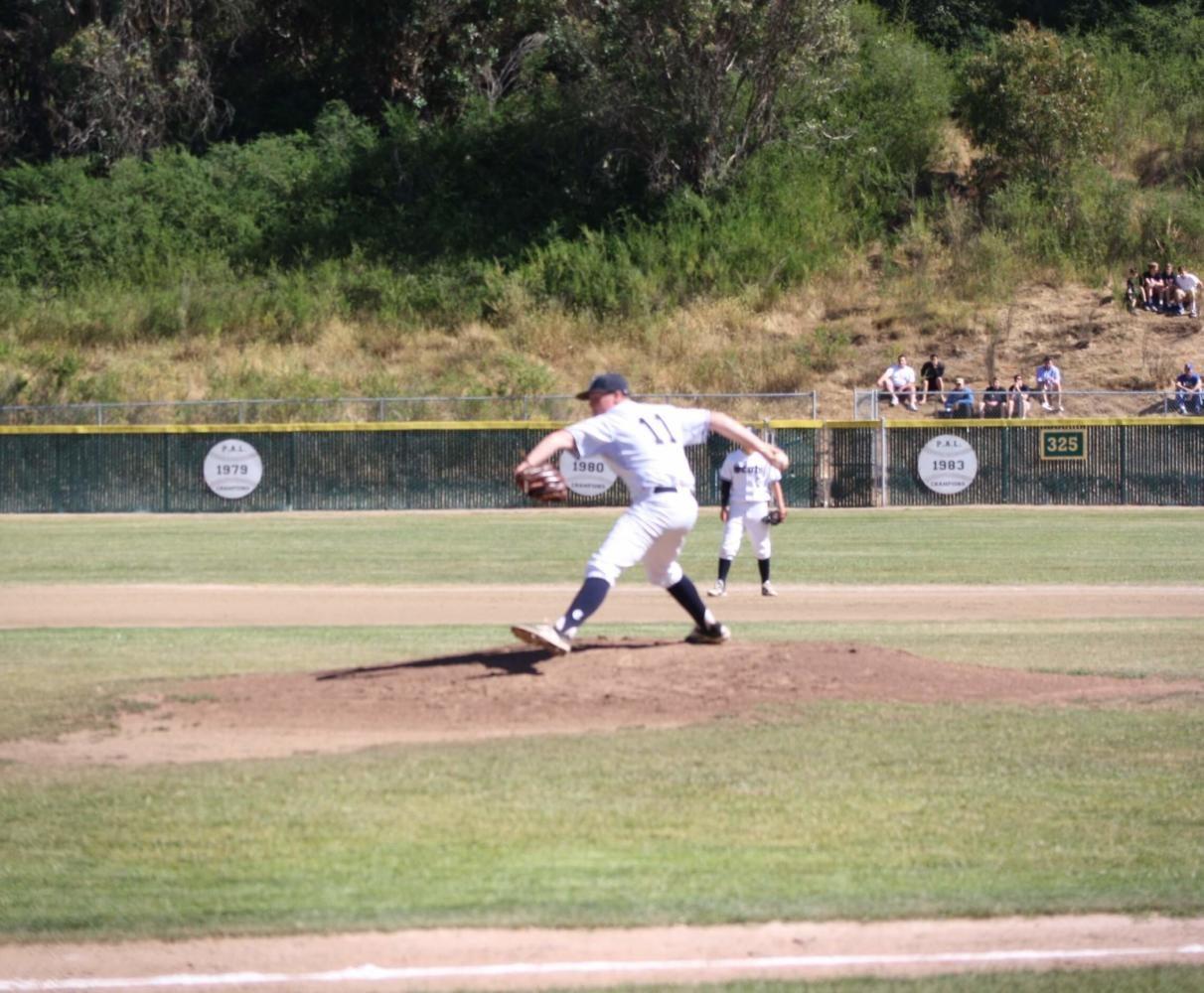 Sean Propel pitches the ball against the Serra Padres.

The stands were filled with fans, even the hill had students ready to watch the two highest ranked local teams play in first round of Central Cost Sectional (CCS).

On Wednesday, May 17th, Carlmont varsity baseball lost 5-2 to Serra in the opening round of CCS.

“I’m frustrated because I know we can play better than what we showed. There was a big crowd, big stage and two of the best local teams in the Bay Area, but they got the better of us today and that’s baseball,” said head coach, Rich Vallero.

Sean Prozell, a senior, took the mound and pitched a scoreless first inning. Both teams were unable to score in the first two innings and at the end of the second, the score was still 0-0.

“I still think we are better but a few hops didn’t go our way and we didn’t make the right plays in a few situations but overall I’m proud of the team and next year we will come back hungrier,” said Grant Norman, a junior.

At the bottom of the third with eleventh grader Josh Fong and twelfth grader Vinny Bologna on base, eleventh grader Jordan Brandenburg drove the ball it center field allowing Fong to score. The Scots were unable to score the rest of the inning and Carlmont continued, trailing 3-1.

Both teams played intensely in the fourth and fifth inning but were unable to score.

In the sixth inning, the Padres scored on a double steal and increased their lead 4-1.

“We had one of the best records and such a great season, but we just didn’t have it today,” said Zane VanArsdel, a junior.

The Padres scored again at the top of the seventh furthering their lead 5-1. Carlmont rallied late and Bologna scored one more run to make it 5-2, but the Padres held on to the victory ending the game 5-2.

“Unbelievable group of young men who came together to work their tail off every day in practice. These boys played the best season, record wise, I have seen in my twelve years of coaching here,” said Valero.

This final game was not symbolic of the incredible season the Scots have had, ending their season number 2 seed in the league.