Scots taken down by Mitty 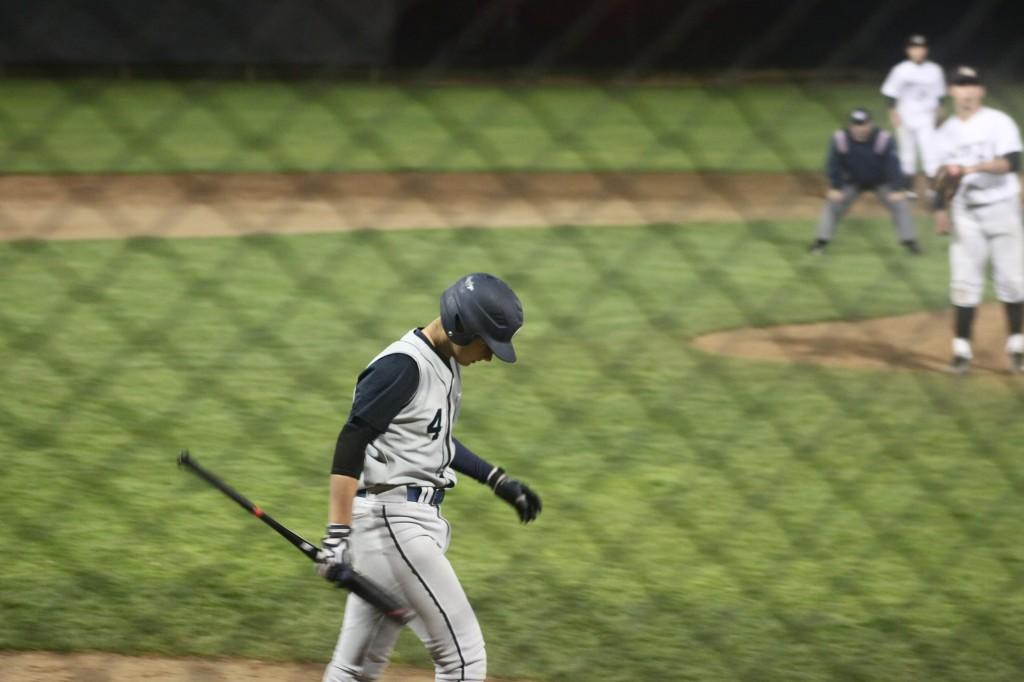 A disappointed Alex Pennes after striking out

In the first pre-season game of the year, the frosh-soph baseball team was defeated by Archbishop Mitty High School with a 4-1 loss. Although, the Scots did not go down without trying. Their defense wasn’t quite there, but they had strong battles at bat throughout the game.

Freshman Spencer Stewart stated the game is not new and many of the players are old pals, but the high school baseball experience is a completely new one. For Stewart, the highlight of the game was “seeing the team battle.”

The game started off much better than it ended. Sophomore pitcher Joe Pratt began the game by throwing a strike right down the middle of the plate. The batter hit a line drive to right field, earning him a double. The bottom of the first inning was a quick for Carlmont, their first three batters all getting out.

As the game progressed, the Scots were not playing as defensively as they needed to. Many of the players committed errors that let Mitty players advance on base and eventually costed them runs.

Things started to take a turn for the worse in the fourth inning, when a Mitty batter was hit by a pitch and advanced to first. Another Mitty player got on base, and both were brought home when a third Mitty player hit a triple. In the top of the fifth, Mitty scored yet again due to errors made by the Scots.

The Scots did score a run when sophomore Andy Kelm slid into home to make the score 4-1. The game ended after the seventh inning due to a time limit on the game.

Carlmont’s defense wasn’t the best tonight, but head coach Chris Davidson hopes to work on “getting an early lead in the next gams.” Davidson expects the team to “have a lot of success, grow, and learn a lot about baseball” in the upcoming season.

The frosh-soph team has only been together for about two months, so they can only grow and become stronger as a team.

The Scots’ next game is scheduled for Wednesday, Mar. 6 at Washington Park in Santa Clara.