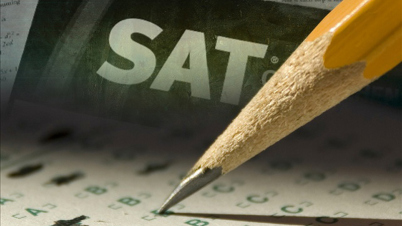 After less than ten years of consistency, the College Board has once again chosen to change the structure of America’s most preferred standardized test.

The Scholastic Aptitude Test (SAT) was first created in 1901 as a way for colleges to test how qualified a student was for their school. Throughout the past century, the College Board has constantly changed the format of this nationwide test based on what they believe to be the most effective way to test a student’s intelligence.

In 2005, the SAT became marginally harder due to a growing number of perfect scores.

Noticeable changes include the expansion of the math section to include three years of high school math and the creation of a writing section, therefore leading to a 2400 point scoring possibility as oppose to 1600.

Now, after just nine years, the College Board has decided to return to a 1600 point scale.

Starting in 2016, the essay will become an optional part of the test, vocabulary will become more practical, and students will no longer be penalized for incorrect answers. Other, more minor, changes will also be made.

The modification of the SAT’s format is upsetting to millions of recent high school graduates, as well as current high school junior and seniors who had to take the 2005 version.

Junior Mariko Kondo said, “It is what it is, but the kids that will take the next version will have an easier time.”

But many of these students also see the positives to these changes.

Naismith said,  “I think it’s great that they are making it easier on the basis that some kids can’t afford tutors and classes.”

Junior Claudia Mayoss said the modifications to the SAT don’t really bother her because the “underclassmen now have other, more difficult tests to take. I think it all balances out in the end.”

Though many students who took the 2005 version of this nationwide test were unhappy, just as many are able to see the benefits of this change.

The College Board is a well-informed association, and their modifications to the SAT are sure to have good, well thought out reasons behind them.