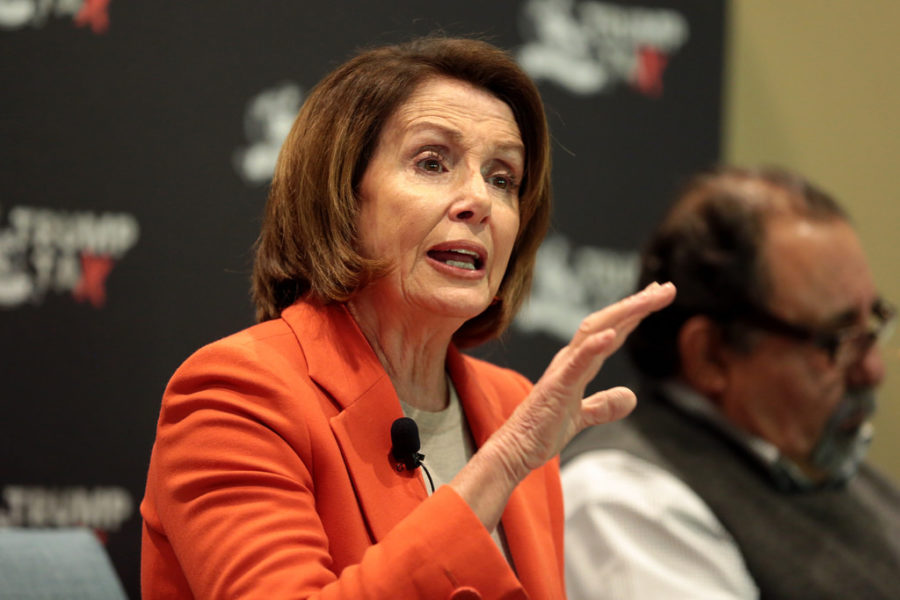 Questions arise surrounding leadership as the ‘blue wave’ crashes
The ‘blue wave,’ crashed, as many predicted it would. But for American politics, another dramatic event on its horizon as members of the House of Representatives question who their future majority and minority leaders will be.

Former Minority Leader of the House, Nancy Pelosi, waits in the wings to reclaim her former position as the majority leader.

However, although Pelosi has spent over 30 years in various elected offices, some members of the House want a leadership change.

With the Jan. 3, 2019 floor vote just a few months away, several Democrats in the House have already voiced their opposition to Pelosi.

Years of GOP dominance have pushed some representatives over the edge and many Democrats want to start fresh having won majority in the House.

Some of these representatives include Jahana Hayes, Elissa Slotkin, Rashida Tlaib, and Joe Cunningham.

Specifically, Tlaib expressed to CNN in August that she does not believe that Pelosi prioritizes issues that are important to her congressional district which is for her, a deal-breaker. All of them share similar dissatisfactions with America’s current political system and believe that its issues could be resolved with new leadership.

This sense of hope that many Democrats in the House are looking for has been instilled in Rep. Marcia Fudge. Having served the people of Ohio for over 20 years, Fudge connects with the middle American identity, making her appealing to a wide range of individuals.

Regardless, Pelosi and Fudge both have fairly liberal political ideologies. But the battle for the Majority Leader comes down to what representatives want: youth and change or experience and stability.
New Amazon headquarters pose a $2 billion question
In an effort to increase their net profits, Amazon announced on Tuesday that it will be establishing new headquarters in New York and Virginia.

Founder and CEO of the company, Jeff Bezos, told the world, “These two locations will allow us to attract world-class talent that will help us continue inventing for customers for years to come,” when news was released.

Before the permanent locations had been chosen, state officials across America made billion-dollar offers in hopes of establishing headquarters in their respective states.

For the most part, economists look down on incentives and see it as a form of bribery that pins cities or states against each other, as well as take away from spending that could be used in education and public works.

However, according to the New York Times, research shows that ultimately, incentives play a small role in corporate decisions. For example, Maryland offered an $8.5 billion incentive to Amazon for a headquarter in the state, while Virginia offered just less than $1 billion.

Maria Doulis of New York City’s Citizens Budget Commission told the New York Times that Amazon’s arrival will create an opportunity for the city to establish itself as a technology hub, in the hopes of rivaling Boston and Silicon Valley. Additionally, New York officials believe that this is a step in the right direction towards an economy that benefits all New Yorkers.
‘We’re expecting!’: Bachelor star and fiancée announce their pregnancy

“The Bachelor” star Arie Lukendyk Jr. and fiancée Lauren Burnham announced that they are expecting their first child, due on June 4, 2019.

The two reality stars got engaged in March on “After the Final Rose,” the last episode of season 22. Lukendyk received backlash after breaking off the engagement with Becca Kufrin following a ‘change-of-heart.’

Just months after the proposal, Kufrin found herself readjusted, and ready to star in season 14 of “The Bachelorette” where she found her match in contestant Garrett Yrigoyen.

The two got engaged during the finale episode. Kufrin and Burnham remained mature about the unique situation and wished each other good luck in their future endeavors.

Now pregnant, Burnham confessed the details of her first trimester to Us Weekly, revealing details surrounding her morning sickness and extreme fatigue.

The couple also disclosed their greatest fear. They told Us Weekly are both terrified to give the child a bad name as they don’t want the child to be made fun of.

However, the pair has decided to not disclose the gender until their Jan. 12 wedding when they “have everyone in one place.”

Since experiencing the challenges of pregnancy, Burnham has changed her outlook on the number of kids she wants to have.

“So I was excited at first to have a bunch of kids back-to-back, but I think we’re gonna see how the first one goes and then decide after that,” Burnham said.