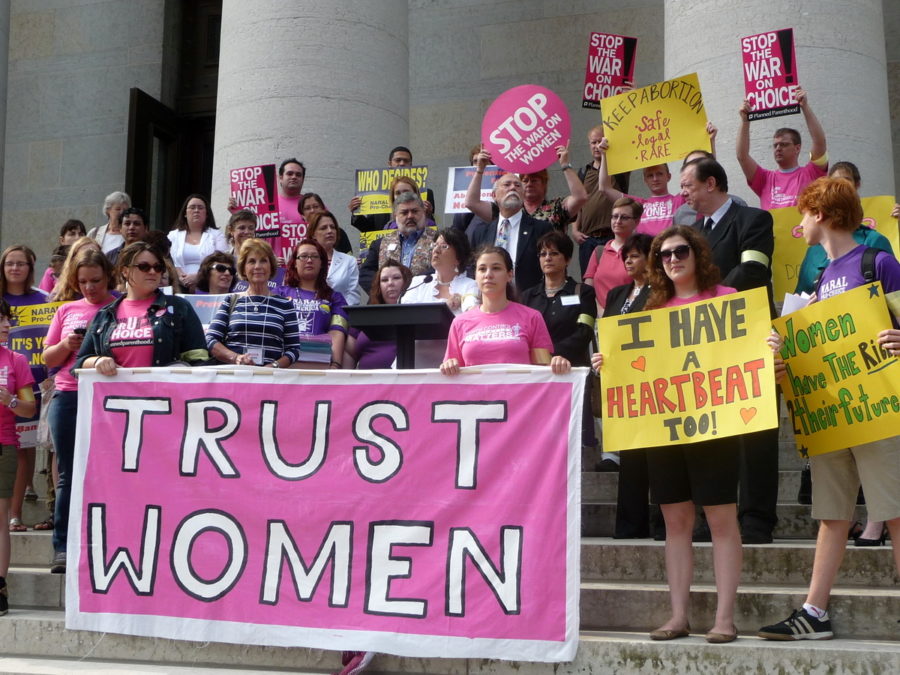 Rep. Nickie and others stand up for women's rights / ProgressOhio / Flickr / CC BY 2.0

The law completely outlaws abortion at every stage of pregnancy and threatens to punish doctors with a sentence of up to 99 years in jail if they’re found performing abortions.

Eric Johnston, the president of the Alabama Pro-Life Coalition, drafted the bill and was critical of other states’ “fetal heartbeat laws” due to the current leanings of the Supreme Court. These bills ban abortion after a heartbeat is detected, usually around six weeks, a time most women don’t even know they’re pregnant yet.

In an interview with the New York Times, Johnston revealed that he believes this could be the bill to directly challenge Roe v. Wade and overturn it.

Trump’s reforms include overhauling the longstanding family-based immigration system with a merit-based point system similar to those in Australia and Canada.

The president made no mention of the Deferred Action for Childhood Arrivals policy (DACA) or an immigration plan for adults who were brought to the United States illegally when they were young.

In an interview with CNN, Sen. Shelley Moore-Capito of West Virginia said, “I don’t see that the will is there to do it. I commend the White House and the president for what I think is going to end up to be sort of a broad outline of things that are important, but I’m unfortunately pessimistic as to what the future holds.”
Meghan Markle gives birth
The latest great-grandchild of Queen Elizabeth II has finally arrived.

Archie Harrison Mountbatten-Windsor was born on May 6 weighing 7 pounds, 3 ounces.

Since the Duke of Sussex is not the eldest son of the Prince of Wales, the child is not a British prince nor will he receive the title of “Your Royal Highness.”

The Duke and Duchess could have given their son the title of Earl of Dumbarton, but they opted to refer to him as “Master Archie Mountbatten-Windsor,” in correlation with their wish that he grow up as a private citizen.