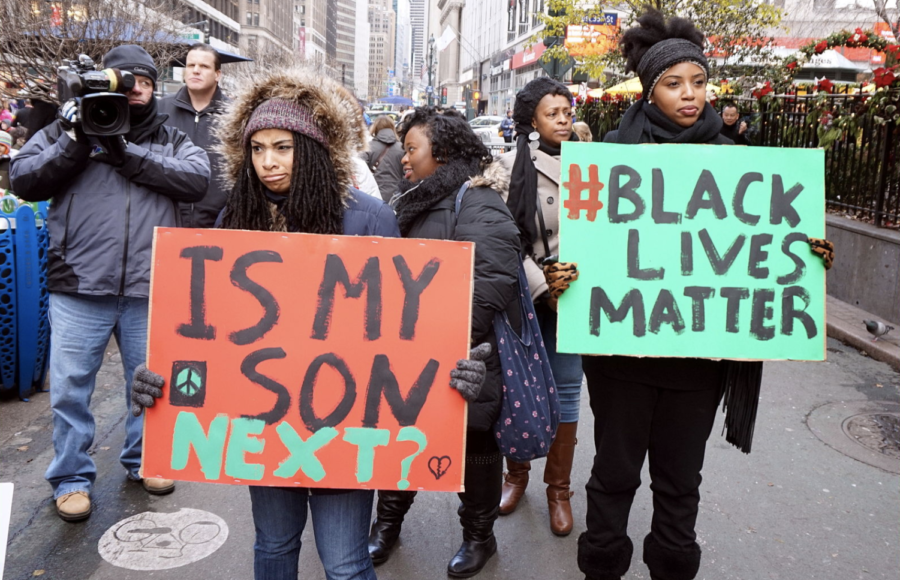 In March of 2018, officers responded to a report of a man breaking car windows. After a police helicopter spotted Clark, the suspected window breaker hiding in his grandparents’ backyard, the officers confronted and shot him. Officers believed Clark was holding a gun, but he was holding a cell phone.

After Schubert announced no charges would be filed against the officers involved, protests began. Hundreds of students walked out of class on March 7, 2019, to march to the state capitol in support of Assembly Bill 392, which seeks to change officers use of deadly force.

Current laws allow for cops to use deadly force when they feel they are in danger and when a “reasonable” officer in their position would have done the same thing. The proposed bill would only allow officers to shoot when “necessary.”

After Okobi jaywalked on Oct. 3, 2018, in Millbrae, an officer approached him on the sidewalk and Okobi refused to cooperate. The officer called for backup and began to use a taser to restrain Okobi.

During the encounter, Okobi asked officers repeatedly, “What did I do?”

Okobi went into cardiac arrest and as he was being transported to the hospital, police Sgt. David Weidner told paramedics that Okobi was tased several times and that he had probably taken a lot of drugs.

No drugs or alcohol were found in Okobi’s system and he later died in the hospital.

Luke Perry dead at 52
Former “Beverly Hills 90210” and current “Riverdale” star Luke Perry has died at the age of 52 following a massive stroke on Feb. 27, 2019. His publicist announced Perry had passed on March 4 surrounded by family and friends.

Several current and former co-stars of Perry shared heartfelt messages and pictures on their social media accounts following the announcement of his passing.

At the time of his death, Luke Perry was engaged to Wendy Madison Bauer.