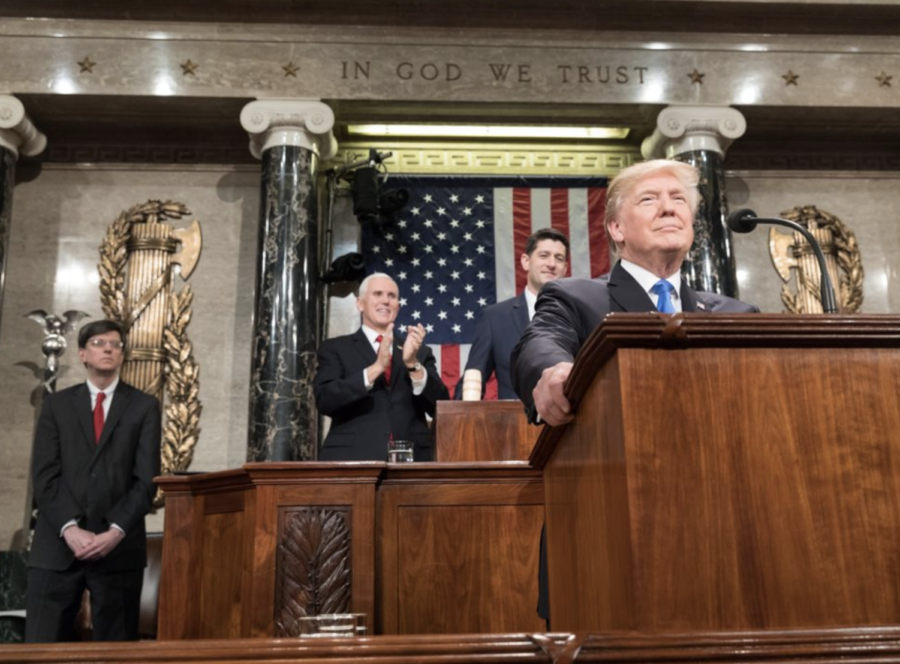 President Donald Trump stands proudly after delivering the State of the Union address in 2018.

On Jan. 16, Pelosi suggested that Trump cancel or delay his address slated for later this month, citing security concerns.

In response, the president released a letter telling Pelosi that she could no longer use the military aircraft for her scheduled trip to visit American troops in Afghanistan.

Trump wrote, “In light of the 800,000 great American workers not receiving pay, I am sure you would agree that postponing this public relations event is totally appropriate.”

In addition, the president mentioned Pelosi’s time would be better spent in Washington negotiating with him to end the ongoing government shutdown.

Despite the pushback, both Michigan and North Carolina have invited Trump to give the State of the Union from their capitals.
Man arrested for punching an 11-year-old girl
In North Carolina, David Bell has been arrested on charges relating to punching a preteen girl at a mall.

Bell, who stands at 6 feet 5 inches and 250 pounds, claims he was acting in self-defense after a group of girls surrounded him and one girl attacked him.

Police arrested Bell on Jan. 12 and charged him with assaulting a child under 12 and two counts of assault on a female.

Their fourth child is due in May via a surrogate.

Their third child, Chicago, was also born via surrogate in January 2018.