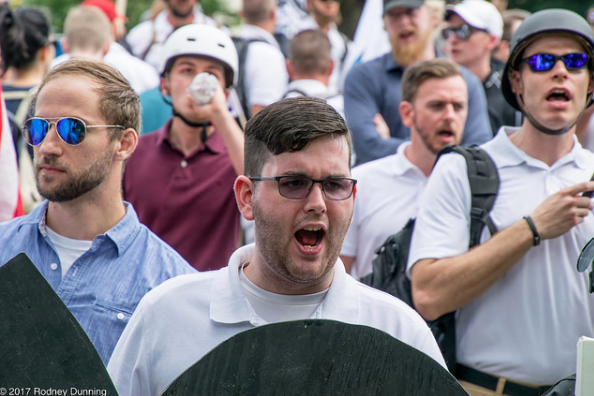 Charlottesville neo-Nazi convicted on all counts
“Unite the Right“rioter James Alex Fields Jr., was convicted of first-degree murder in a Virginia court on Dec. 7 for plowing his car into, and killing, counter-protestor and civil rights advocate Heather Heyer on Aug. 12, 2017.

According to one of Fields’s former teachers, Fields displayed an unusual fascination and idolization of Nazism and Adolf Hitler, which likely led to the development of his white nationalist ideology.

“Was it intended to be malicious, or was it done to protect himself?” Hill rhetorically asked jurors, hoping to evoke sympathy for Fields.

However, the prosecution was able to prove, beyond a reasonable doubt, that Fields acted with malicious intent, thus leading to his conviction.

Fields’ mother presided at his trial in addition to Susan Bro, Heyer’s mother. Bro was relieved that justice was served for her daughter, but also acknowledged that this execution of justice will not bring her daughter back.

“I could not be more ecstatic,” Bro told NBC. “This is the best I have been in a year-and-a-half.”

Fields faces 20 years to life in prison. His sentencing will begin on Monday. Family members of Heyer, in addition to surviving victims of the attack, are expected to appear at Fields’s sentencing and provide testimony that will influence the jurors to determine an adequate punishment.
Trump appoints new UN ambassador

Former Fox News anchor and spokeswoman for the U.S. Department of State, Heather Nauert, was appointed to be the ambassador of the United Nations (UN), as President Trump announced on Friday, Dec. 7.

Before boarding Marine One and leaving for his trip to Missouri, the president made the announcement, ensuring the American people that Nauert would be suited for the job.

“She’s very talented, very smart, very quick, and I think she’s going to be respected by all,” Trump told reporters.

However, critics of the president’s appointment are frustrated with Nauert’s supposed lack of knowledge about foreign policy.

“However trusted and competent the candidate, the job is not one to throw in an inexperienced-in-foreign-policy nominee,” former U.N. ambassador Tom Pickering told the New Yorker.

If Nauert is confirmed by the Senate, she will replace Nikki Haley, who announced that she would resign at the end of this year because she wanted to “take a break,” according to a statement earlier this year. Haley is not exiting the office on bad terms with the president.

“It has been the honor of a lifetime,” Haley told France 24 reporter Philip Crowther.

In response to the president’s announcement, U.S. Press Secretary Sarah Huckabee Sanders told reporters that she is sure that Nauert will “face a real grilling at the U.S. Senate.”

Sanders also told reporters that what she believes Nauert will soon endure is not something that she would “not wish upon any enemy, much less a friend.”

Although the Senate has a Republican majority following the 2018 midterm election, Republican Senators are still expected to quiz Nauert on her diplomatic resume.
Utah teen sentenced to prison for helping friend take her own life

Utah teenager Tyerell Przybycien was sentenced to five years to life in prison on Dec. 7, for assisting his friend in committing suicide in May 2017.

Jchandra Brown, a 16-year-old at the time, hanged herself in Payson campgrounds while Przybycien recorded it on his cellphone. Additionally, prosecutors said that Przybycien purchased the rope and tied the noose that Brown used to kill herself.

Przybycien was originally charged with first degree murder, but pled guilty to child abuse homicide, CNN reports. Przybycien was also sentenced to five years in prison for an unrelated crime, and he will be serving that time during his homicide sentence.