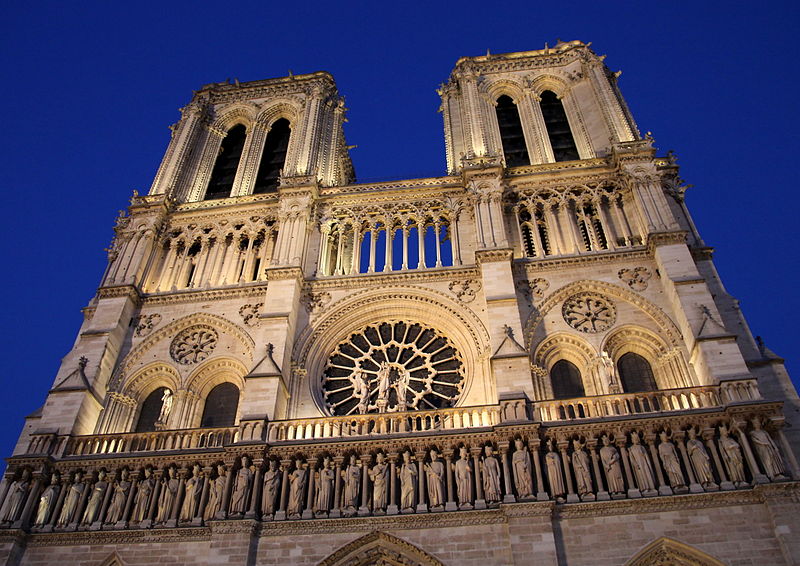 Notre-Dame Cathedral in Paris was completed in the 13th Century. On Monday night, the Cathedral went up in flames, with the fire destroying the roof and the spire.

It broke out around 6:30 p.m. and 400 firefighters have been deployed to help put it out, according to the Ministry of the Interior for France.

According to André Finot, a spokesman for the cathedral, the cause of the fire is unknown. Additionally, no one was killed or injured as a result of the blaze.

Notre-Dame was in the midst of renovations, with some sections under scaffolding. The city’s mayor and firefighters warned people to stay away from the area and efforts are being made to save art that is inside of the cathedral.

Notre Dame’s foundation stone was laid in 1163 by Pope Alexander III and the cathedral was completed in the 13th century. The cathedral receives millions of visitors per year.
Southern states are hit by extreme weather
At least eight people, including three children, were killed in a powerful storm system that stretched from Texas to the Northeast this past weekend.

The storm left a trail of damaged homes, splintered trees, and power outages in its wake. It also dumped heavy snow on parts of the Midwest and rain in the Northeast before moving out to sea on Monday.

At least 17 tornadoes hit Texas, Mississippi, Alabama, and Ohio. Four people died in Texas, two in Louisiana, and one each in Mississippi and Alabama.

Northern Illinois, southwestern Wisconsin, and parts of the lower peninsula of Michigan received from 4 to 6 inches of snow.

By Monday, the last traces of the storm were moving through the East Coast, but the damage was still not yet contained. According to www.poweroutage.us, nearly 200,000 customers were without electricity in Pennsylvania, Virginia, New Jersey and New York as of Monday.
Lori Loughlin pleads not guilty in college admissions scandal

The actress Lori Loughlin has entered a not guilty plea in the college admissions scandal. Her husband, Mossimo Giannulli, also pleaded not guilty. The two are accused of paying $500,000 in bribes to ensure that their daughters would be admitted to the University of Southern California as crew recruits, despite neither of them ever participating in the sport.

Loughlin was indicted last week on a count of conspiracy to commit fraud and another of money laundering conspiracy. This plea comes just a week after 13 of the other parents involved in the scandal, including actress Felicity Huffman, pleaded guilty. Loughlin has not publicly spoken about the charges yet.

50 people have been charged so far in the investigation of college admissions fraud that was unveiled by federal prosecutors in Boston. Four other parents have also submitted not guilty pleas, as well as waived their rights to court appearances for arraignment.