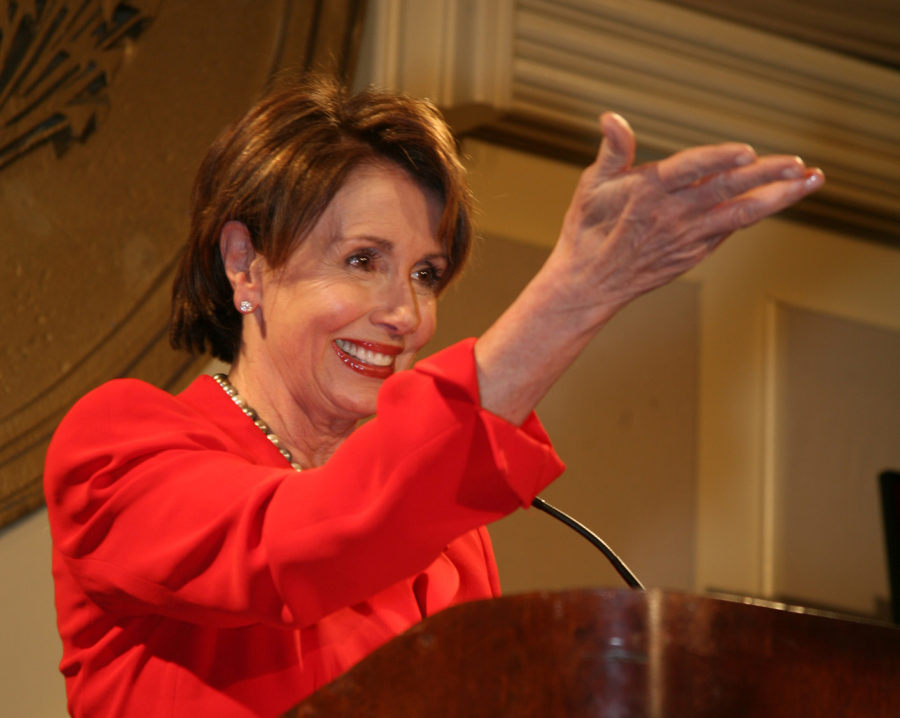 Nancy Pelosi is advocating to combat Trump's state of emergency.

Pelosi combats Trump’s state of emergency
Following the Senate resolutions which denied President Trump the funds to build a wall and implement his border security policies, Trump has declared a state of emergency. This declaration would allow Trump to access the billions required to build the wall.

Speaker of the House, Nancy Pelosi, said that the president’s actions “undermine the separation of powers and Congress’s power of the purse.” This power is reserved for the legislative branch in the Constitution.

Pelosi is promoting a resolution sponsored by Democratic Rep. Joaquin Castro that would end the emergency declaration.

“The President’s decision to go outside the bounds of the law to try to get what he failed to achieve in the constitutional legislative process violates the Constitution and must be terminated,” Pelosi wrote in a letter to the House of Representatives. She added that members have a responsibility to defend the nation’s system of checks and balances “against the President’s assault.”

This bill will likely pass in the Democratic-controlled House, but faces a challenge in the Republican Senate.


Jussie Smollett arrested
Jussie Smollett, the actor who claimed he was the victim of a hate crime, is now charged with disorderly conduct for filing a false police report.

On Jan. 29, Smollett, who is African American and gay, told the Chicago police department that he was grabbed by two masked men, doused in bleach, and had a noose put around his neck.

The investigation following the alleged attack resulted in the arrest of two brothers who were later released with no charges and are cooperating with the probe.

The ordeal is thought to have been a publicity stunt in order to increase Smollett’s pay. Smollett is currently in custody facing up to three years in prison and is due in court for a bond hearing on Feb. 21.
Tristan Thompson cheats again
Cleveland Cavaliers player and father to Khloe Kardashian’s daughter, True Thompson, cheated on Kardashian once again. Thompson made headlines last year for his infidelity as Kardashian was about to give birth to their child.

Kardashian had since forgiven Thompson until new allegations of his infidelity emerged. This time, however, it hit a little closer to time. Thompson allegedly had an affair with Jordyn Woods, the longtime best friend and housemate of Kylie Jenner, Kardashian’s younger sister.

Jenner has since asked Woods to leave her home.