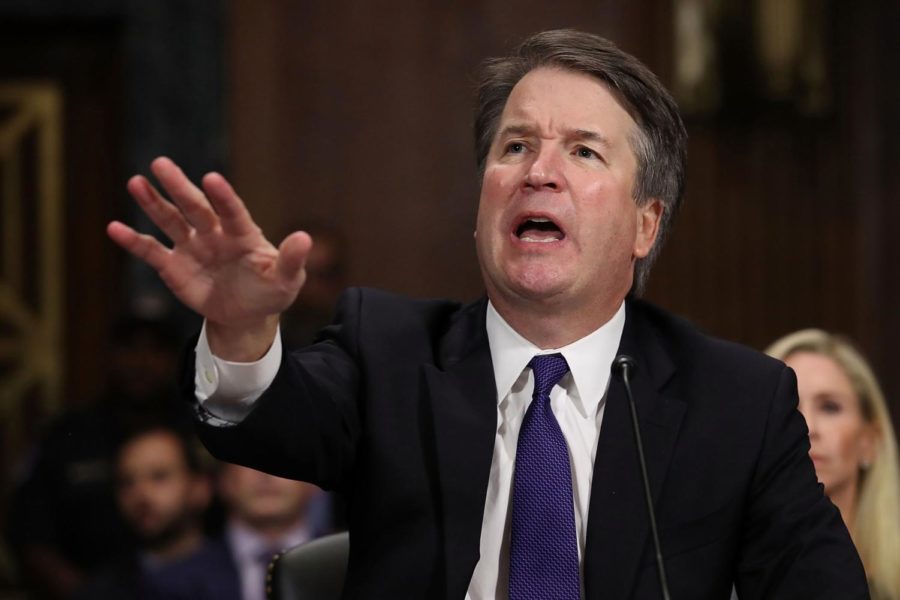 Judge Kavanaugh's demeanor at the hearing on Sept. 27 evoked concern among some senators.

White House expands Kavanaugh’s FBI investigation
The Senate postponed Judge Brett Kavanaugh’s confirmation vote into the Supreme Court to allow time for an FBI investigation. Several members of the committee from both parties cited a lack of evidence in the Senate hearings regarding allegations of sexual assault against Judge Kavanaugh on Sept. 27 that made them feel unsure about their vote.

Initially, the FBI investigation was limited to a week and only allowed the FBI to contact four witnesses. Mark Judge, Kavanaugh’s friend who Dr. Ford claims was in the room during her assault; Leland Keyser, a friend of Dr. Ford; PJ Smyth, a friend of Kavanaugh’s; and Deborah Ramirez, another accuser who went to Yale with Kavanaugh.

This short list of witnesses seemed to yield an incomplete investigation. President Trump then granted permission to FBI to interview whoever they saw fit to help the investigation. Since then, numerous details surrounding Kavanaugh’s conduct in high school and college, specifically regarding his behavior under the influence of alcohol, have been unearthed.

While Dr. Ford, Kavanaugh’s initial accuser, has not yet been interviewed by the FBI, recent discoveries about Kavanaugh’s behavior contradicts the testimony he gave under oath on Sept. 27. This, coupled with Kavanaugh’s demeanor at the hearing, calls his competency as an impartial judge into question for many Senators.

Department of Justice sues California over net neutrality law
In response to the FCC’s repeal of net neutrality in June, California passed a law prohibiting internet companies from blocking or limiting access to certain sites. However, Attorney General Jeff Sessions argues that the California law is unconstitutional. The Department of Justice is engaged in a lawsuit against California on the grounds of the federal government’s constitutional right to control the economy.

State governments cannot regulate interstate commerce and, according to Sessions, California’s law will subvert the federal government’s approach in regards to the internet.

“Once again the California legislature has enacted an extreme and illegal state law attempting to frustrate federal policy. The Justice Department should not have to spend valuable time and resources to file this suit today, but we have a duty to defend the prerogatives of the federal government and protect our Constitutional order,” Sessions said.

While California is not the first state to enact such laws, its protection has been the most similar in strength to Obama-era net neutrality policies. California’s economy also increases the severity of the suit, as it is the largest in the U.S. and fifth largest in the world.

Other states including New York and New Mexico are currently working on similar bills, but the lawsuit against specifically California remains active.
Elon Musk resigns as Tesla chairman
Musk is stepping down from his position as chairman to settle fraud allegations by the United States Securities and Exchange Commission (SEC).

This controversy was caused by Musk’s claims to take the company private after falsely tweeting that Tesla had secured funds. Both Tesla and Musk are required to pay a $20 million settlement to the SEC.

Although Musk is resigning from his position as chairman, he will remain on Tesla’s board of directors.