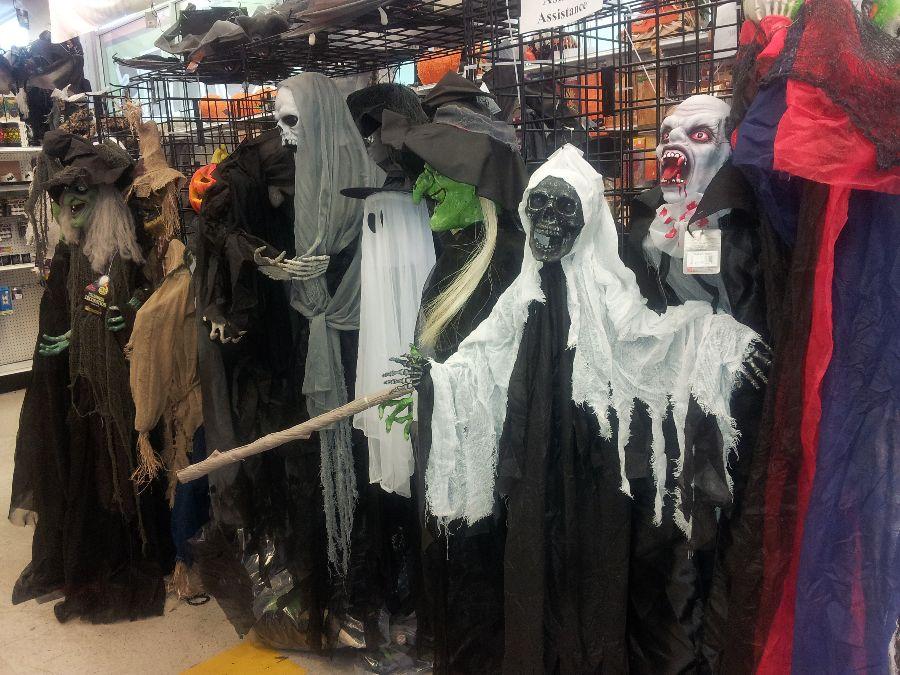 Halloween decorations at Didddam's to heighten this year's scare

Halloween, a time of trick-or treating, costume parades, family gatherings, haunted houses, and holiday spirit, may get out of hand at times.

This year, Fear Overload’s Scream Park in California attempted to base one of their haunted houses after a real-life serial killer from Sacramento during the 1970s.

The killer was known as Richard Trenton Chase, who was nicknamed “The Vampire of Sacramento” after being spotted drinking the blood of his victims and eating their remains.

Scream is filled with haunted houses, mazes, live music and entertainment performances, and games to provide the ultimate Halloween experience.

“I remember one time in one of their haunted houses when my friend screamed so [loudly], he scared away the zombie next to me,” said sophomore Alex Hebrok.

The company was forced to change its Halloween theme after offending families whose relatives were brutally murdered by Chase.

“It’s horrifying that people are making some kind of situation, money, whatever you call it, off of other people’s grief,” said David Wallin, according to CBS News. Wallin’s wife was killed by Chase while carrying her unborn baby.

Abused by his mother, Chase showed signs of violent behavior as a child and later became a chronic drug abuser.

Chase suffered a number of psychological disorders, and was diagnosed with schizophrenia, a mental disorder characterized by abnormal social behavior and failure to recognize what is real.

He also developed hypochondria, an inaccurate perception of one’s body resulting in excessive worry of having a serious illness.

Chase claimed that the murdering of his victims was necessary for his own survival. He was found dead in his prison cell with an overdose of prescribed antidepressants.

“Chase did do a lot of horrible things, but I think we should still understand that he did suffer from a lot of psychological disorders,” said sophomore Lucas Lemaster.

Some people get so into Halloween that they forget about the possibilities of offending others. Yet with a sense of spookiness in the atmosphere, Carlmont students are still excited for this year’s Halloween celebration.

Though, despite being one of America’s favorite holidays, some Carlmont students are still unsure about the real story behind the tricks and treats of Halloween.

The roots of Halloween date back to the ancient Celtic holiday of Samhain, a day to mark the end of harvest season and commemorate the dead. Irish and Scottish immigrants brought this ancient tradition to America, which evolved into modern day Halloween.

“The traditions of Halloween vary among different countries, but it will always be an important custom to many Carlmont students,” said sophomore Nick Tada.