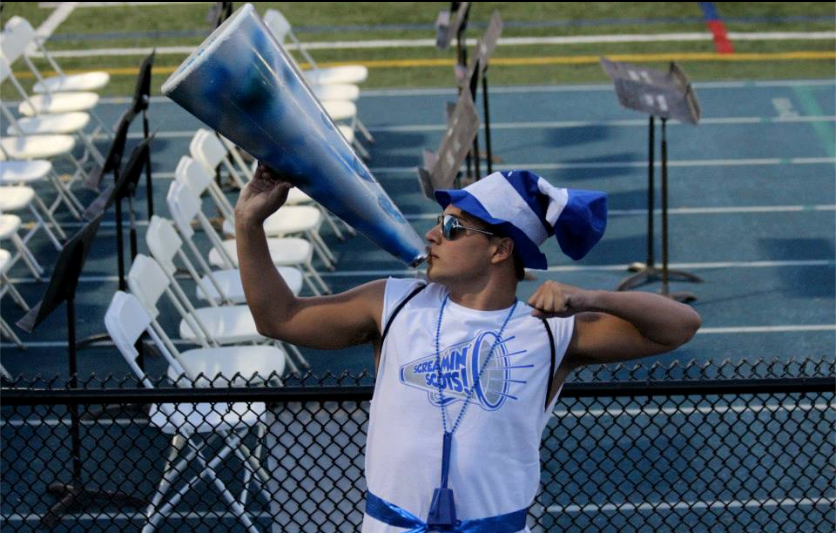 Junior Cody Campbell showed off his school spirit while supporting the football team.

School spirit put on its true game face this season with the Screamin’ Scots more alive than ever.

The Screamin’ Scots are a group of energetic Carlmont students that attend sporting events at home games as well as away games to cheer with school pride and motivate the players to reach their fullest potential.

Their enthusiastic energy at football games has “definitely [been] motivating,” said sophomore Jake Kumamoto from the Junior Varsity football team.

As for this year’s football season, the Screamin’ Scots have been “more alive than ever. The passion and pride that they provide just makes the games all that better. Screamin’ Scots is such a great way for students to exhibit their appreciation of our school. It brings everyone together and reminds us that we are all one united team,” said senior Kiana Yekrang.

Yekrang said, “As a Screamin’ Scots member, I have really noticed how much we push the players when they are out there fighting for victory on the field. This football season, we’ve reached a high point – every home game has had the bleachers exploding with spirited people.”

Junior Donna Ghaemi said, “It is so great to see how we all come together to encourage the players when they are out doing something they love. I love how our school can show how we really do bleed blue.”