Seal of biliteracy heightens college and job prospects for students 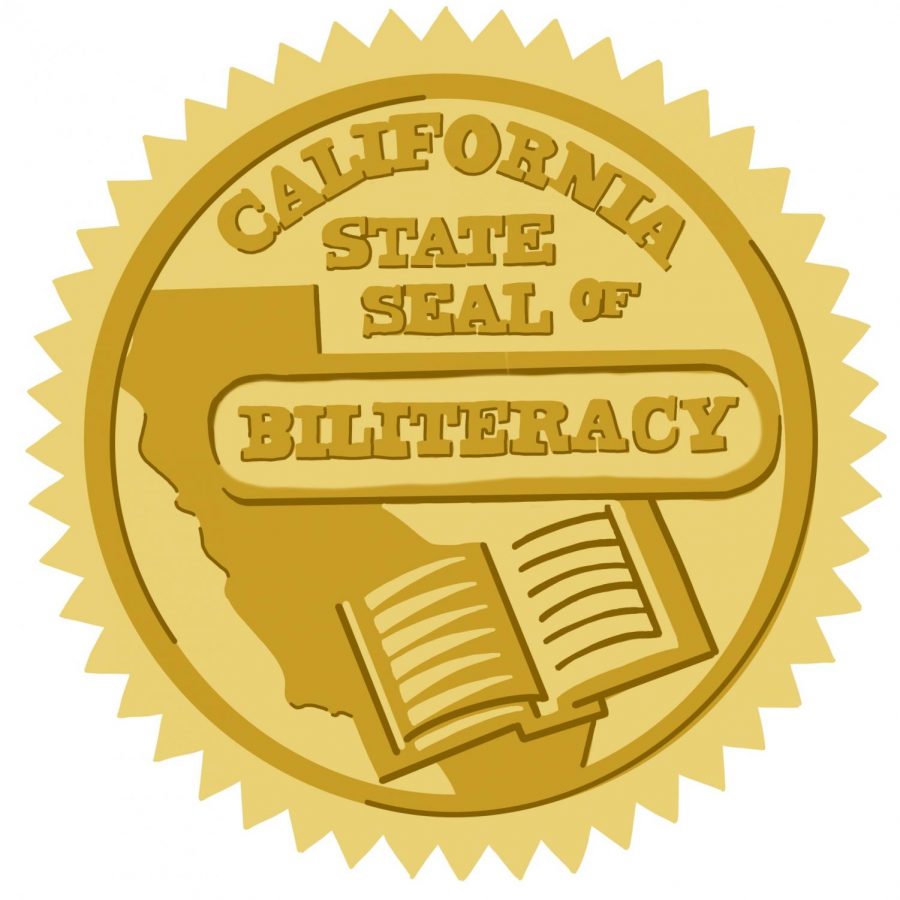 California's seal of biliteracy is attached to a senior's diploma once they complete all four years of a language during high school.

One little sticker is paving the way for students to have a more well-rounded college application.

The seal of biliteracy is a national award given to students that complete four levels of a language. Biliteracy is the ability to read and write in two languages. Students have the opportunity to earn their seal through completing all levels of the Spanish, French, or Chinese classes at Carlmont or passing an Advanced Placement (AP) language exam. They must also complete all English language graduation requirements with at least a 2.0 GPA and pass the English Language Arts California Assessment of Student Performance and Progress (ELA CAASPP).

“I want to take AP French because we get a lot more freedom with the curriculum and learn more about culture. I think the seal will be something colleges will like to see as well,” said Anique Vachon, a sophomore French student.

One of the main reasons students strive to get their seal is because of the impact it could make on their college applications.

“For our program, applicants that can verify they are bilingual will add points to their application. We admit based on merit points, so speaking and understanding another language improves the admission chances,” said Janis Wisherop, director of the nursing program at the College of San Mateo.

Speaking another language is an exceptionally valued skill in most workplaces, especially medicine. People working in medical environments, such as hospitals and doctor offices, work with patients from various origins. Some of them know very little English, which is why bilingual employees in the facility are crucial. This is not only important to ensure that patients understand their medical care but also to make them feel comfortable and invested in their health care.

“Employers will likely decide on the bilingual applicant over the non-bilingual, especially if the demographics of the population indicate a language preference over English,” Wisherop said.

Despite the apparent benefits in the future, many students are discouraged from continuing higher levels of a language and earning their seal due to academic difficulty. Level four and AP language classes are often some of the most challenging courses in school, which could lead to a poor grade. However, some teachers think advanced language classes are some of the most rewarding courses at Carlmont.

“The ability to use a language isn’t determined by what grade you receive in the class. Everyone can learn a new language if they are willing to put in the work and make sincere efforts,” said Mindy Chiang, a Chinese teacher at Carlmont.