Searching the stars for a new home 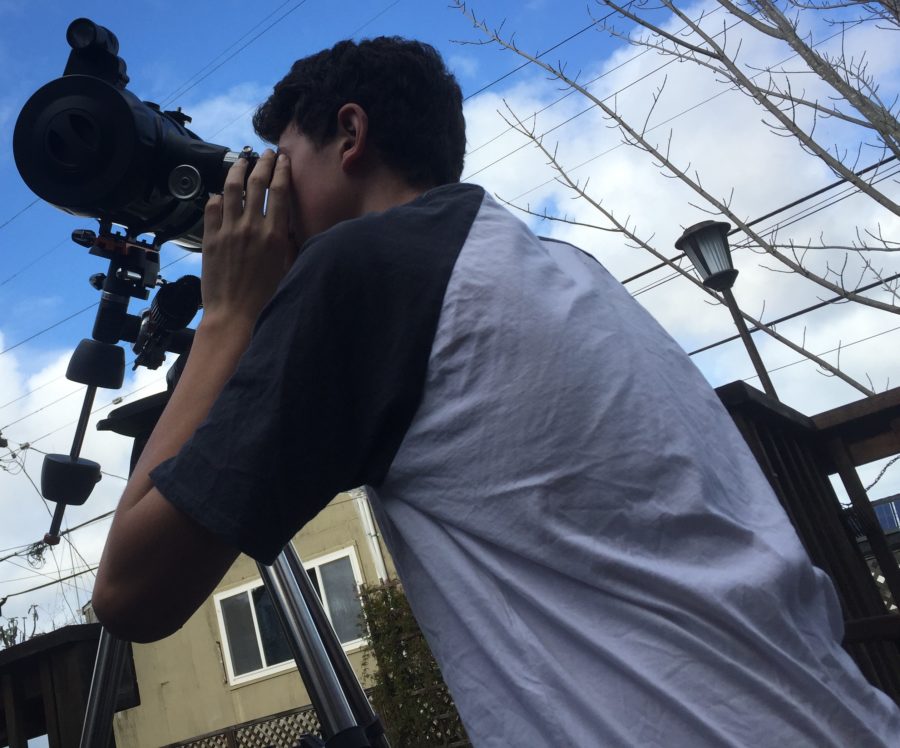 With the constant improvements in technology, it is likely this generation will witness a discovery of an inhabitable planet.

The colonization of distant planets is often dismissed as science fiction.

However, NASA’s Kepler Space Observatory is working nonstop in order to discover planets that may act as a second home for humanity.

Kepler Space Telescope is currently whizzing around the earth at 13,180 miles per hour scanning the night sky for telltale signs of the presence of a planet orbiting distant stars.

But how does Kepler find all of these planets?

Although it is a telescope, Kepler does not find planets by gaining visual confirmation. Instead, it monitors levels of starlight from a number of stars in a very specific patch of the sky and spots planets through drops in the light. These decreases often signal that a planet has passed in front of its parent star. The data is sent back to Earth and run through algorithms that determine whether the change entails the existence of a planet.

However, merely knowing that a planet is there is not enough.

Analysis of the time it takes a planet to pass in front of its parent star in conjunction with its size allows researchers to determine how close the planet is to its star.

Specific attributes such as the surface temperature and atmospheric composition can be unveiled in further studies. This allows us to locate planets with Earth-like attributes with much greater ease than probing the vastness of space with manned missions.

It may seem unlikely, but scientists have already discovered a number of planets that can support life.

Twenty-one planets have been confirmed to be both terrestrials in the habitable zone of their star, meaning that they have a rocky surface like Earth and liquid water can exist on their surfaces.

Some of the confirmed planets include Kepler 438b, Kepler 186f, Kepler 62e, and Kepler 22b, all of which are slightly larger than Earth. These planets may be suitable for life, and one day, we may discover alien life on them or even inhabit them ourselves.

Astrophysicist and cosmologist Stephen Hawking said, “I believe alien life is quite common in the universe.”

Normandy Ng, a Carlmont freshman, said, “It makes me more hopeful that we could find new lifeforms.”

The implications of discovering alien life could not only revolutionize science but the entire world. It could bring about sweeping changes to our culture such as “new cuisine, new resources, and new technology,” said Ng.

Unfortunately, there is a massive difference between life and intelligent life. It is far more likely that these planets contain only primitive species.

Still, this could change science as we know it. Dick Stevens, an astrobiologist at NASA, said, “we have a chance of forming a universal biology.”

A universal biology implies that knowledge about life would no longer be constrained to a specific planet, but rather the entire universe.

However, there are others who believe we are alone in the universe.

Carlmont sophomore Alex Kwan says “It’s a possibility, but I don’t think so as of right now. There is no solid proof.”

Life is a special occurrence that requires an extremely specific combination of conditions to exist and it is possible no other place in the universe produces the perfect storm that Earth has done.

Along with the rest of Carlmont’s students, Ng and Kwan could soon find themselves living in a completely different world. It is possible that Carlmont students will see the world change as scientific breakthroughs come closer to discovering life beyond Earth and colonizing exoplanets.

Still, scientists press on. As of right now, Kepler is scouring the stars for even more planets that can sustain life.

Unfortunately, many of these worlds are many light years away from our own planet. The difficulty is no longer finding planets, but reaching them.

This limitation has bested scientists as of right now. However, researchers around the world are working night and day to make space travel faster and more efficient. This would allow for almost free exploration of our solar system and possibly the galaxy beyond.

Humanity has always gazed at the night sky with curiosity. Pondering whether we are alone, why we are here, or how we got here. It is only now that we can begin to answer these questions. As technology continues to advance, our ability to observe the cosmos improves, and it is only a matter of time until these questions will be answered.