Seaspiracy: Is it fishy? 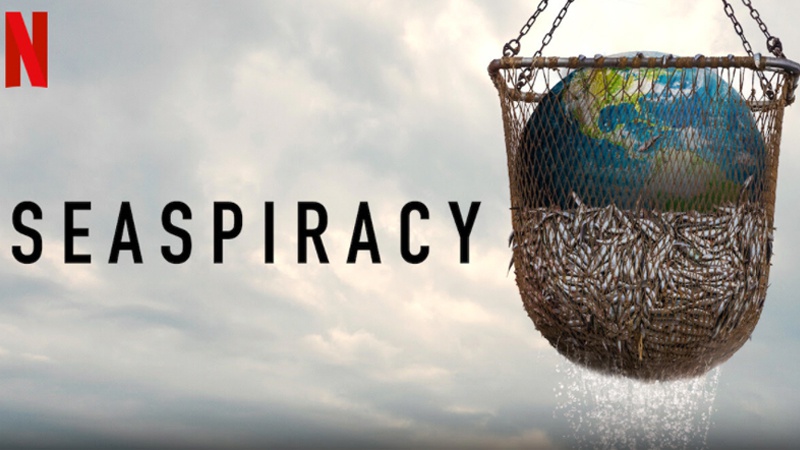 Seaspiracy was released on Netflix on March 24, 2021, quickly reaching Netflix’s top 10. The highly controversial documentary goes in-depth on the environmental impact of commercial fishing and how it has affected the world’s oceans and fish population.

The one hour and a half intriguing documentary created many controversies as it stated some very concerning facts and evidence. Ali Tabrizi, the British filmmaker behind Seaspiracy, created an interesting mood for the doc. The editing made some parts very dark and gloomy on purpose, and he created suspense with skits that did not seem to be accurate and truthful. This diminishes from the facts and evidence he gives through narration during the entire doc.

Although the mood does make the documentary very interesting and fun to watch, it makes the movie seem like a joke and questions whether or not there is validity behind the facts given in the doc.

Going over topics such as the Great Pacific garbage patch, sustainable fishing, commercial fishing, bottom trawling, which is when commercial fishing nets travel along the seafloor destroying everything in its path, and food safety certifications, Tabrizi provides the viewer with an abundance of statistics which are so crazy they seem untrue. But are these statistics true, or are they manipulated to make them seem worse than they actually are?

While some facts like 46 percent of the waste in the Great Pacific garbage patch is fishnets and almost 3.9 billion acres of the seafloor have been destroyed from bottom trawling fishing are factual statements. Tabrizi takes some quotes out of context and misconstrues the fact. In a RadioTimes article written by Jo Berry, he recalls a quote from a marine ecologist who commented on the documentary. He states, “When you actually looked at the data it was based on, it was based on a massive extrapolation into the future. To see it appear in that film again was a real surprise because it was a statistic that was questionable, to begin with.”

Considering that the documentary is not credible, it is imperative to understand that the points made in the documentary are still apparent to society, and we must take action to help our oceans thrive again. Donating to critical non-profit organizations like Oceana, Ocean Conservancy, Sea Shepard, and the Coral Reef Alliance makes a more significant impact on our oceans than just completely cutting out all seafood. There will always be people who choose to eat fish, but it’s how we choose to take care of our oceans that will the biggest difference.

However, although most viewers watching may not care whether or not the topics discussed in the movie are true and may have already come to a consensus that they will never eat fish again, it is important to remember that by doing your own research and making sure you are sourcing your fish from a credible source even if it means a higher price will help our oceans and satisfy your need for some sushi.