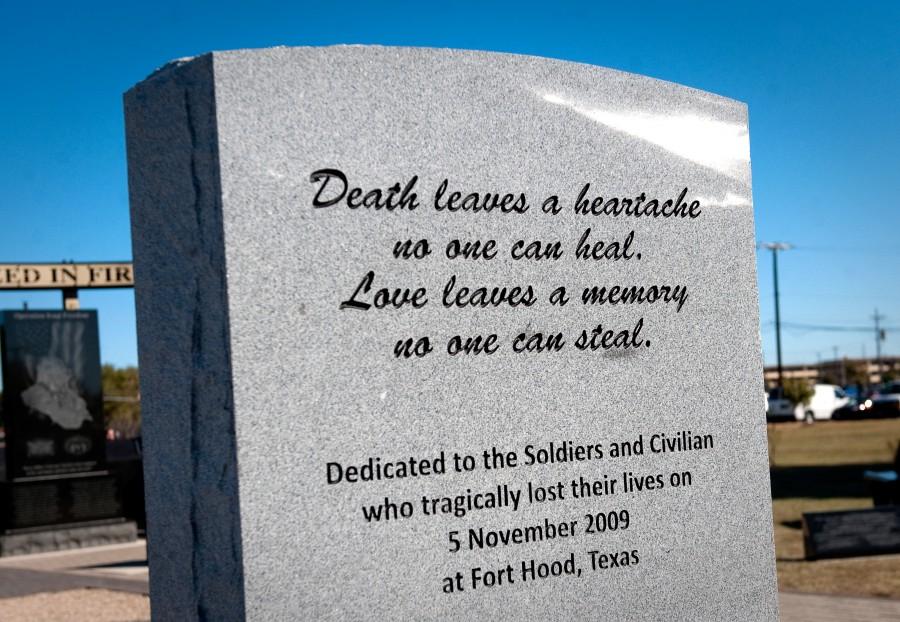 Army Specialist Ivan Lopez killed three people in a shooting at Fort Hood, Texas, on April 2. Lopez also wounded 16 other people before shooting himself when confronted by a female military police officer.

Fort Hood experienced a shooting back in 2009 that left 13 soldiers dead and 32 wounded, according to BBC news.

Carlmont student Kento Murray said, “It’s pretty sad [that a shooting happened again]. I feel like there should be something done, but at the same time, what is there to do without infringing upon someone’s rights?”

Lopez allegedly walked into one of the buildings of the Fort Hood base and began firing with a .45-caliber semi-automatic pistol. He then entered a vehicle and continued firing before entering another building and resuming the shooting, according to BBC news.

The unnamed officer is said by officials to have stopped Lopez in the car park, where he then shot himself in the head.

Lopez is reported to have been denied a request of leave to attend family matters. After the denial, Lopez was said to become agitated and disrespectful. His family said that Lopez may have been upset over the recent deaths of his grandfather and mother, according to the newssite Government Executive.

Officials have confirmed that Lopez was being treated for depression and anxiety, as well as undergoing evaluation for post-traumatic stress disorder (PTSD).

Lopez had completed a tour of duty in Iraq but was never on the battlefield, according to MSNBC.

Craig Bryan, an associate professor at the University of Utah, said that soldiers can get PTSD without ever seeing combat: “They have been exposed to atrocities or other events that have a significant effect on their worldview, sense of self, etc. People can struggle with mental-health problems even if they haven’t been in combat.”

Murray said that mental health in the military was “very important. You should check someone’s mental stability before you teach them to shoot.”

Koike also said the recent shooting was “a good demonstration of how [the Department of Veteran’s Affairs (VA)] is not working.” The VA is a government organization to help soldiers returning home acclimate back into normal civilian life.

An army spokesman also confirmed that Lopez had an argument with other members of his unit before the shooting. Two out of the three soldiers killed belonged to Lopez’s unit.

However, the spokesman added that there was still “no concrete motive” and the true reason for the attack might never be known.

Lopez “had a clean record” of behavior according to Army Secretary John McHugh. During a psychiatric exam last month there were no signs that Lopez might resort to violence.

“Some people just want a bit of confidence, something that they can control,” said Murray. “People don’t have a lot of control over a lot of things in their lives, so they might turn to gun violence to show that they [do have some control].”

Dr. Matthew Davis is the medical director of trauma services at Scott & White Memorial Hospital, which treated the victims of the 2009 shooting. When Davis first heard about the new shooting, he said, one thought ran through his mind: “How can this possibly happen again?”

Koike said, “It just shows how bad our care for our veterans is right now. Fool me once shame on you, fool me twice shame on me.”