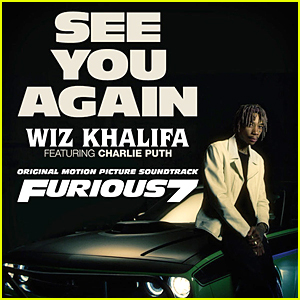 "See You Again" is featured on the soundtrack of "Furious 7."

“See You Again” by Wiz Khalifa, which features Charlie Puth, was originally created as part of the soundtrack to the movie “Furious 7.”

The “See You Again” artists are not afraid to acknowledge the song’s origin as part of a movie soundtrack, even going as far as to show several clips from “Furious 7” in its music video.

The song has managed to obtain a large amount of individual success since the movie’s release.

When a soundtrack struggles to obtain mainstream success it is usually because the song’s message does not make sense without the background information provided by a movie.

However, this is not a problem for “See You Again.”  The song’s message of valuing family and friends is very relatable, and is not hampered by lack of context.

“See You Again” does not do make many mistakes.

The song is well written, it strikes a good balance between repetition and reiteration, and its music does not overshadow its lyrics.

The song has only one major flaw, and the relatively good execution of all other parts of “See You Again” makes that flaw stand out.

This flaw is the vocal performance of Puth, who is featured heavily in “See You Again.”

Puth keeps the pitch of his voice very high throughout the song.

This may have been done in an attempt to contrast Wiz Khalifa’s somewhat monotone delivery, but it instead comes across as jarring.

This would not be a such large problem if “See You Again” did not have such serious tone.

However, the lower pitched performance from Wiz Khalifa in combination with the song’s down-to-earth message makes Puth look childish by comparison.

In the end, Puth’s delivery doesn’t ruin “See You Again”. Instead it makes a good song out of what could have been a great one.

“See You Again” is a well executed movie soundtrack that does an exceptional job of standing on its own.