Seniors go out with a spike! 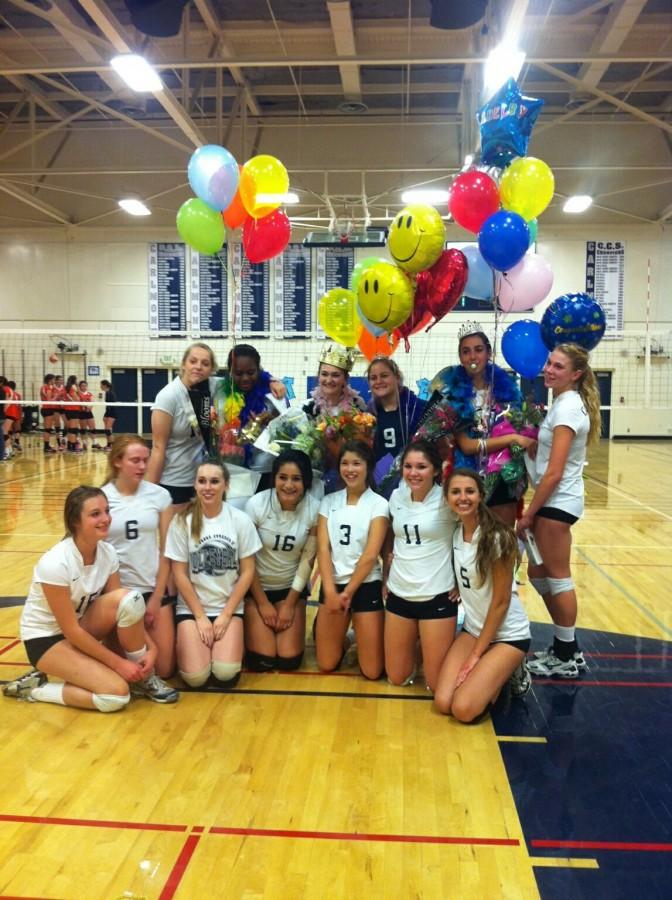 The girls volleyball team continued their winning ways Wednesday night after winning 25-23, 25-17, and 25-17 against Half Moon Bay High School. The team, which will now be advancing to CCS, held their senior awards ceremony prior to the game.

Christina Rice expressed how deeply the game meant to the rest of the team, “We really wanted to win the game for our seniors, so they could go out on top.”

After awarding the four seniors the team posed for a picture to  commemorate the moment, soon after the game began.

Carlmont started off the game with a two point lead after strong serving from Kallan Bedard and great kills by Charlotte Jackman.

Half Moon Bay made a great comeback keeping the score tied until the twenty-third point when Carlmont stepped up their game and gained a two point lead.

In the second game both teams continued to play very strongly. There were a few serving errors on both sides but overall it was a good game for both schools.

Intent on winning their senior game, Vance and Ramulo worked together to give Carlmont a 4 point lead within the first few minutes of the third game.

The team now turns their attention to a hopeful deep run at Central Coast Sectionals.