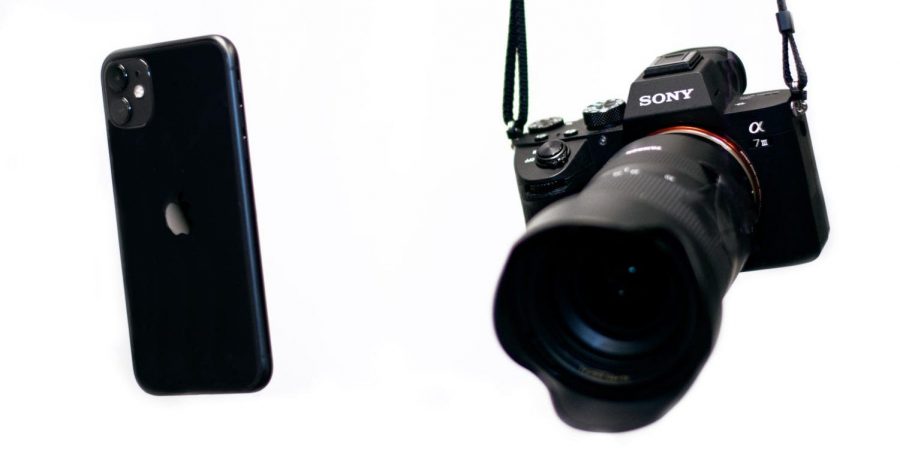 Many wonder whether the iPhone 11 is as good as a DSLR camera, like the Sony A7III.

Over 1.2 trillion digital photos are taken each year worldwide, and 85% of those photos come from smartphones; however, those smartphone users often don’t know the quality or potential of their camera.

Apple has been at the top of innovation for over 11 years since their first smartphone came out in 2007. Since then, they have made dramatic improvements to the camera. With their new double and triple camera system, the question of whether the iPhone is on par with a professional camera has made professional photographers and tech reviewers curious to see if it lives up to the hype.

Digital single-lens reflex (DSLR) cameras, on the other hand, can switch between different lenses, which allows the photographer to get really close to or far away from an object without moving. DSLR cameras also have the ability to reach an aperture as low as f/1.4, giving it an edge up. But, Apple has made up for the iPhone’s smaller aperture by using software techniques.

“A DSLR has an advantage simply because the lens has a much larger aperture and can gather much more light. Nothing beats more photons. What Apple has done brilliantly is compensating for small aperture lenses with amazing software,” said Daniel Lipton, a senior software engineer at Apple.

The next-generation smart high dynamic range (HDR) on the iPhone allows photos to have a wider variety of colors and brighter highlights. This will enable pictures to be punchier and to also have more natural colors.

“The color science in the iPhone is next to perfect as well as the high dynamic range. That’s the only thing I’d say is beating the majority of DSLR and mirrorless cameras as of now,” said Hayden Pedersen, a photographer and filmmaker.