Settling into a new environment 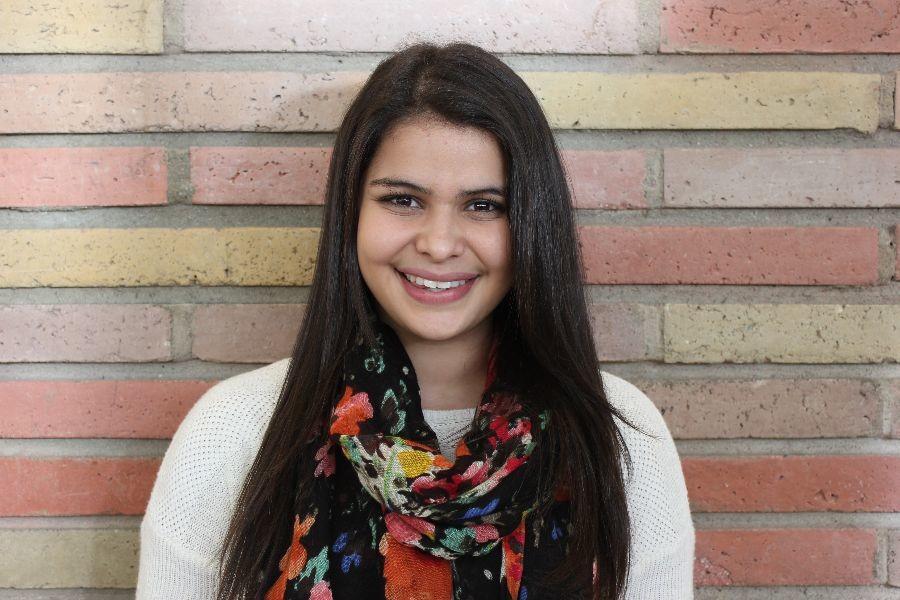 Freshman Soraya Raji is all smiles after being transferred to Carlmont.

“At first I was very devastated. I knew it would be tough, adjusting all over again,” said Soraya Raji.

Moving schools can be a difficult obstacle to overcome; freshman Soraya Raji moved schools since she was a young girl.

“Starting from elementary school, I lived in Daily City, then we moved to San Mateo so I went to Park Elementary School, for the last half year of my 5th grade year. Then for 6th grade I was zoned for Borel Middle School, so I went to Borel all three years, finally I was forced to attend Carlmont,” said Soraya Raji.

At first, settling into a new school, and in a new district was tough for Soraya Raji, but she realized how Carlmont was a better school for her academics and sports.

She saw a brighter future at Carlmont then she would have in Aragon.

Soraya Raji said, “I saw more opportunities here at Carlmont. I made the basketball team and made lots of good friends at Carlmont.”

Seeing Soraya Raji not enjoying the beginning of her freshman year, her parents began to question if their decision on moving was the right choice.

“My parents were willing to buy a new house just so I could attend Aragon and I realized that no I don’t want to go to Aragon, I don’t appreciate the people there, I don’t appreciate how they don’t take academics as seriously as they do at Carlmont,” said Soraya Raji.

While Soraya Raji was settling in nicely into the new atmosphere of Carlmont, her sister was the opposite.

As a senior, Sabrina Raji was struggling to get comfortable in the new feel of Carlmont.

After being a second semester senior, Sabrina Raji experienced some changes being in Carlmont.

“It was really bad at first. For the first couple months, it was really lonely, but I realized I actually like this school; a lot of people are nicer and the teachers are a lot cooler. I am glad I am graduating here,” said Sabrina Raji.

Soraya Raji’s friend Miguel Encarnacion, a freshman was in the same position as Soraya Raji.

“I was in Abbot Middle School and was going to attend Hillsdale High Scchool but where I live was closer to Carlmont so I had to come here,” said Encarnacion.

Encarnacion found pros and cons being in a new school in a new district.

“I still would really like to go to Hillsdale, because I would have adjusted a lot easier and being separated with a lot of my old friends is the hardest part, but I feel the academics here are definitely a lot stressful but it is better for me personally,” said Encarnacion.

This is only the start of their exciting journey in Carlmont.

Soraya Raji said, “Being forced to transferred into Carlmont was one of the greatest things that happened to me.”