Sex and politics — The Mystery of Marilyn Monroe 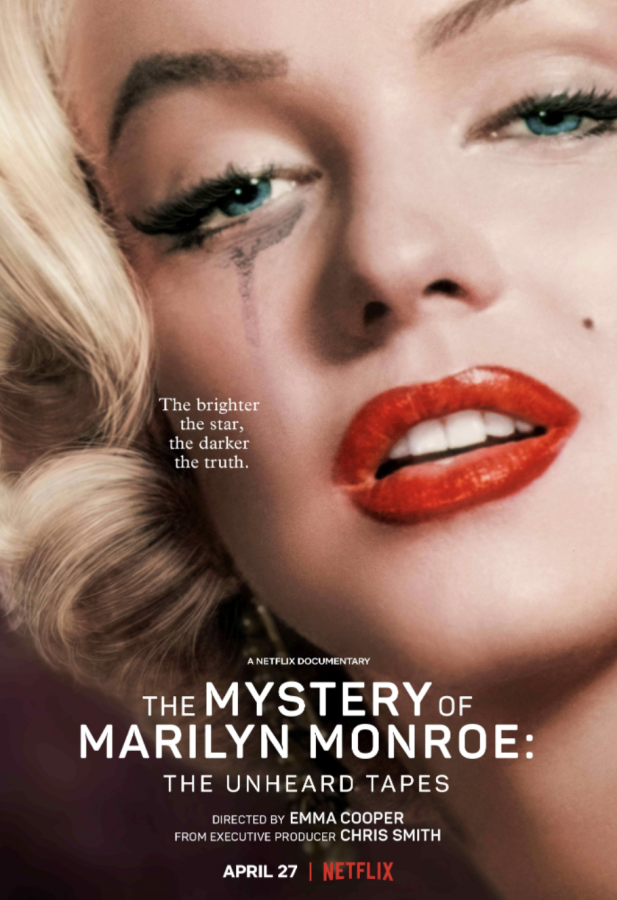 The Mystery of Marilyn Monroe: The Unheard Tapes / Netflix/ Wikipedia / Fair Use

"The Mystery of Marilyn Monroe: The Unheard Tapes" goes in depth to the mysterious circumstances around the stars early passing.

One of the largest sexual scandals in the early 1960s involved John F. Kennedy, Robert Kennedy, and Marilyn Monroe. The cover-up of Monroe’s early death in 1962 led to many theories revolving around her life, death, and relationship with the Kennedy brothers; these have been unveiled in the new Netflix documentary, “The Mystery of Marilyn Monroe: The Unheard Tapes.”

The tapes in question are all official, authentic recordings of Marilyn Monroe and her friends and colleagues, with scenes played out by look-alike actors and voice recordings layered on top. The movie revolves around Anthony Summers’ investigation into Marilyn Monroe’s death: Was it a suicide? An accidental overdose? Or a covered-up murder by the president and his brother?

Summers’ answer can still only be speculated, even after years of analysis. The documentary gives a brief overview of Monroe’s experiences before fame, merely giving small snippets of her childhood. More depth into her life is only provided through further interviews and investigation.

Such interviews included friends and colleagues of both Monroe and the Kennedys; the details revealed the Kennedys’ fears of her potential involvement with the communist party: something her former husband, Arthur Miller, author of “Death of a Salesman,” was speculated to have.

After years of using Hollywood’s misogyny and the sexualization of women to her advantage, Monroe had learned far too much information and was cut off by both Kennedy brothers before her passing. The reasons behind Monroe’s death were covered up, never to be spoken of, while the news was filled with fond memories of her. Summers dug deeper than these remembrances, but sometimes the truth isn’t always what it seems to be.

Overall, as a fan of Marilyn Monroe, this was a fascinating film that I would encourage others to watch if it interests them.