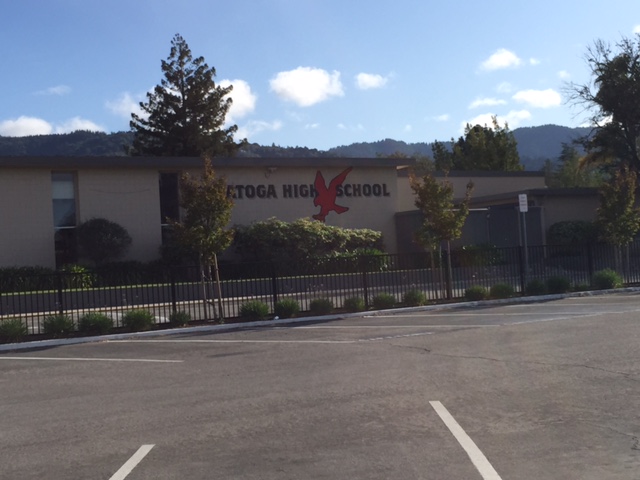 Audrie Pott attended Saratoga High School in Silicon Valley, where she was commemorated after her death.

After two and a half years, Larry and Lisa Pott were able to forgive the teenage boys who sexually assaulted their daughter.

It happened on Sept. 12, 2012, when 15-year-old Audrie Pott from Saratoga High School hanged herself a week after being sexually assaulted by three male classmates whom she knew for years.

“Under no circumstances should rape be tolerated. You can tell from this incident that someone’s actions can be life threatening to others,” said sophomore Austin Mayerhofer.

The assault included writing and drawing on intimate parts of Pott’s body after raping her when she was unconscious from drinking at a party.

Soon after, photos taken by the boys during the assault were circulated around school to shame and humiliate Pott.

“I have a reputation for a night I don’t even remember, and now the whole school knows,” said Pott, according to Kron4 News.

Furthermore, Audrie Pott was bullied at school after the incident, which caused her to post on her Facebook page saying, “My life is ruined,” according to the San Jose Mercury News.

“You’d think after so much stress in preventing bullying and sexual harassment by schools and the media, people would make better choices,” said freshman Nathan Yeo.

The families of the defendants agreed to pay the Pott family $950,000. In addition, the boys were required to give 10 presentations at high schools about the dangers of sexual assault and drinking.

“I wish I could take back the pain and suffering I caused to Audrie Pott and her family. I’ll do anything I can to mentor teens to not make the same mistake I made,” said one of the boys who was verbally apologizing to Audrie Pott’s parents, according to Mercury News.

This is only one of many similar cases of sexual harassment and bullying which have resulted in similar outcomes. According to the US Department of Justice, an average of 296,066 people are victims of rape and sexual assault each year.

Audrie Pott’s parents have asked to make her tragedy publicized in hopes to spread awareness of the dangers of sexual harassment and advocate harsher charges for offenders who committed this crime.

“People shouldn’t be bystanders. Instead, they should go out of their comfort zones to help others in need,” said Mayerhofer.