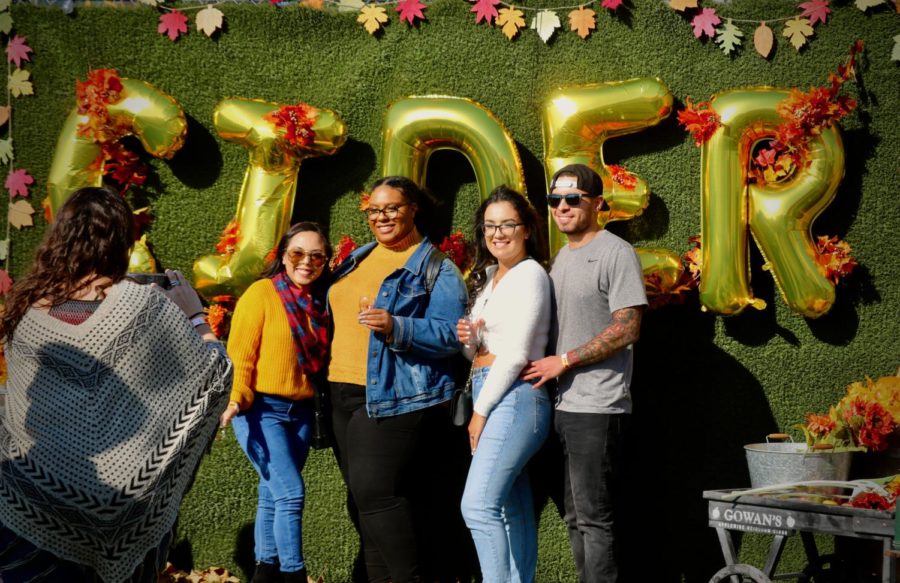 Families and friends celebrated the fall season with a cider festival filled with activities, food, and of course, apple cider.

Over the course of Veteran’s Day weekend, about 3000 people from San Francisco and beyond attended the social event located in San Francisco’s Mission Bay. While at the event, attendees had the opportunity to try food from 12 local food truck vendors, drink cider from many local cider makers, and play classic games such as Jenga, connect four, and cornhole.

The festival was hosted by Spark Social SF, a relatively new organization that hosts many other events and has food trucks at their park daily.

Rae Hunt, a San Francisco resident, attended the event with her daughter. The two of them watched Hunt’s husband play in the live band Trip Wire.

“I really like Spark Social, it’s a beautiful day, and I love cider. I think the combination of all those things is what makes this such a fun event,” Hunt said.

This is the second year that Spark Social has hosted the Cider Fest, but they also have hosted other festivals in the past and plan on hosting other social events in the future.

Ashlyn McFadden, event director, said, “It’s very unique to find a product that not only the creators are really passionate about, but also creates such a tremendous response from the customers.”

For families with children, the event was an excellent way for the parents to have fun drinking cider and enjoy the social atmosphere while also entertaining their kid.

“What I like about this event is that there are activities for both adults and kids. We have tried two ciders and some waffle fries from Adams grub food truck, and now Aurora is making her own sand art in a bottle,” said Ashley Fisher, who came from Castro Valley to the festival with her husband and daughter.

The event also drew in a broad audience of adults who came with their friends and significant others to enjoy the craft cider and the atmosphere of the event.

“We found out about this event through facebook and came more for the cider rather than the social part of it. We’re at the age where we don’t need new friends, we just want to enjoy the lounge area and the cider,” said San Francisco residents Allyse Rudolph and Justin Martinez.

Not only was the event a fun gathering for the community, but it also created a significant opportunity for local vendors to reach out to a bigger audience.

“I like this event because it’s an all cider event, which isn’t something you get to see very often,” said Megan Sartain of Redwood Coast Cider. “It’s nice to have an event focused only on local cider vendors.”

As a whole, the event was great for all aspects of the community, from friends and families being able to get out and have some fun together, to local vendors who had the opportunity to promote their business to a greater audience.

“I think that sometimes people fall in the trap of just falling on the couch and watching Netflix on the weekends, but events like these can give people a proactive way to make plans and put themselves out there so they can leave feeling like they really connected with people and the community,” McFadden said.