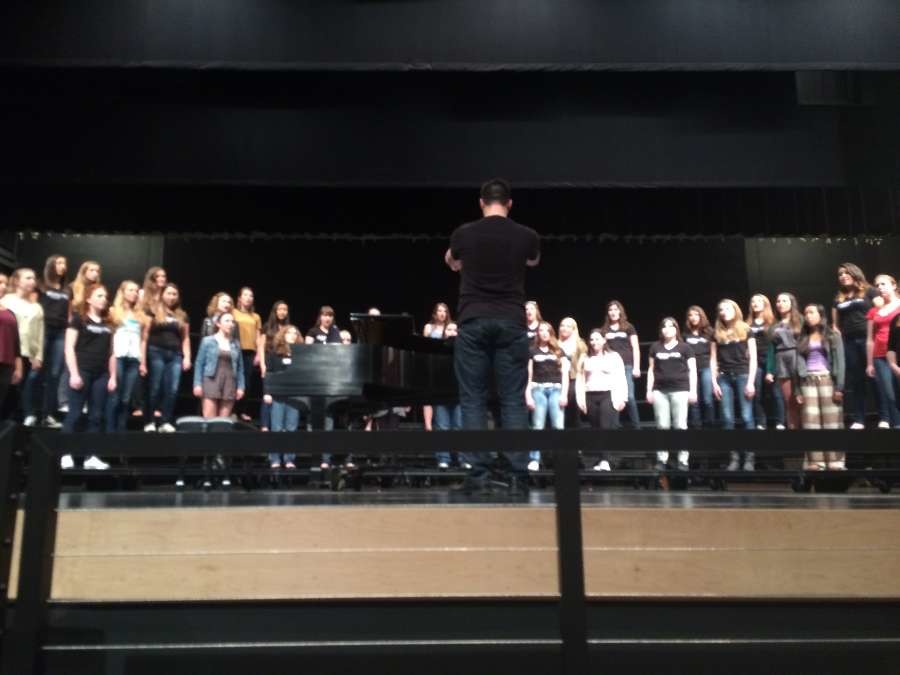 “I was so excited to do an exchange with another high school because we’ve never done that before,” said junior Loran Branch.

The exchange was one of the last stops for Shasta High School’s choirs on their tour of the San Francisco area.

This was mainly an opportunity for Men’s Choir, Women’s Choir, and Concert Choir from Carlmont to perform their repertoire for an audience. This served as preparation for their performance at a California Music Education Association festival over the weekend.

“It gave me more confidence in my singing, and I was more comfortable performing in front of a lot of people. Practicing outside of the classroom really helped us adjust to singing in different environments,” said freshman Kiran Boone.

Shasta had different choirs of theirs perform their repertoire, which included an arrangement using words from Shakespeare’s “Sonnet 18.”

Their conductor, Gavin Spencer, insisted that the Shasta Women’s Choir perform even though only half the choir came on tour. Spencer said that they were going to perform “Famine Song,” a song that the Carlmont Treble Clef choir performed last spring.

“It was so cool and a really fun experience to see how a different choir sang the song, and it was great to be able to relive the experience from last year,” said sophomore Snehal Pandey.

Since people who were members of Carlmont’s Treble Clef last year knew the song, Spencer invited all of them onstage to perform with his choir.

He also had the Carlmont Treble Clef soloists perform alongside his soloists to sing the duet part of the piece.

Carlmont’s Director of Choral Music, Genevieve Tep, also had the a cappella groups perform and showcase their talents.

Boone said, “It was a really encouraging experience to perform in front of a group of people who are just as passionate as we are about singing.”