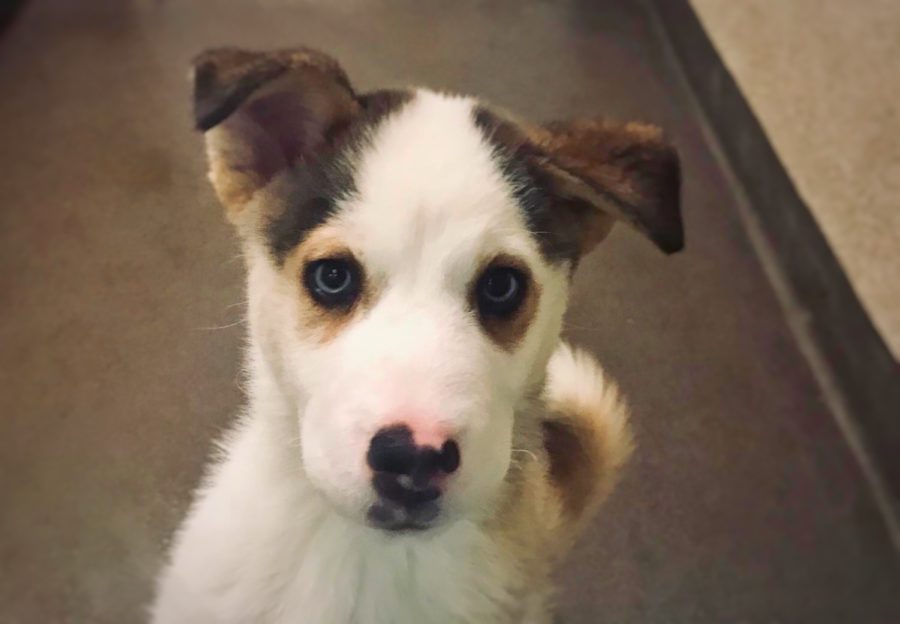 Sir Henry, a 3-month-old Siberian Husky-Austrailian Shepherd mix, waits to be adopted from the Burlingame SPCA.

Home is a place for one to be loved, taken care of, and nurtured, a luxury that many shelter animals never get to experience.

According to the American Society for the Prevention of Cruelty to Animals (ASPCA), 6.5 million companion animals enter the U.S. shelter systems every year. Of those animals, 1.5 million are euthanized.

The purpose of the shelter system is to provide temporary housing and aid for animals that are found on the street. They are also intended for animals that have been neglected, abused, or whose owners can no longer take care of them.

In the U.S. alone, there are more than 14,000 animal shelters, each with different layouts and housing programs.

“When we were looking for new dogs, my family visited shelters all over the Bay Area and all of them were very nice and friendly places. You can tell the animals are being very well taken care of and loved,” said Samantha Turtle, a sophomore.

While the majority of animals housed in shelters are cats and dogs, some include other animals.

“As an open-door shelter, we adopt out a wide variety of domestic animals including cats, dogs, birds, reptiles, small animals, even farm animals. We also have a Wildlife Care Center where we treat and rehabilitate wild animals and return them to the wild. We adopt out about 3,300 animals and rehabilitate about 2,000 wild animals every year and we don’t discriminate against any animal, regardless of age, breed, health condition, or even species,” said Buffy Martin-Tarbox, an employee at the Peninsula Humane Society and SPCA Adoption Center in Burlingame, Calif.

Due to the variety of animals housed, many shelters are faced with misconceptions surrounding the types of shelter animals and their behavior.

“I think some people choose to adopt from a breeder rather than a shelter is due to the fact that shelters usually have dogs that are typically stereotyped such as pit bulls, chihuahuas, and black dogs. There is an apparent negative connotation with these types of dogs, so much so that some people are turned off without even meeting them,” said Hailey Garcia, a sophomore who volunteers at the Burlingame SPCA.

Another preconceived notion about shelter animals is that they are unwanted and are difficult to care for.

“Sadly, some people associate animals in shelters as being ‘throw-aways’ or having something deficiency.  It’s generally quite the opposite. Shelter animals can be the best animals to adopt since they are already spayed or neutered and vaccinated,” Martin-Tarbox said. “At our shelter, we temperament test all of our adoptable animals so we know their behaviors and whether they have special needs. We then share all of that information with potential adopters.”

When adopting an animal, people have a choice of where to look. This includes shelters, breeders, pet stores, and so on. However, each provider offers different breeds of animals, which is a major factor many consider in adoption.

“My family and I were already set on a particular place to get our dog so we did not consider a shelter. We chose to get our dog from a breeder in order to get a specific breed and we had friends who had amazing experiences with that breeder as well,” said Ava Bozic, a freshman. “Although if I had the chance, I would get a dog from a shelter because I feel as if it is like giving the animal a fresh start and a new life to live.”

The primary goal of shelters is to find a forever home for animals who truly deserve it.

“Shelter animals are not broken nor is there something wrong with them. They are animals simply seeking a new home,” Martin-Tarbox said.