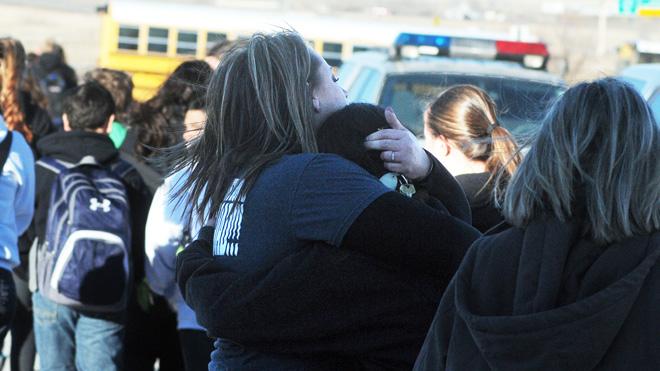 The second United States shooting incident this week has occurred, and it is only Tuesday.

Monday afternoon in Wesley Chapel, Florida a man and his wife were shot in a movie theater by a 71-year-old man after an argument over texting, killing the 43-year-old man, Chad Oulson. 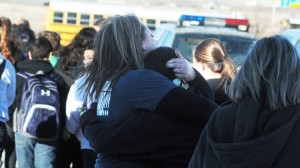 Come Tuesday morning, allegedly a student brought a gun to a middle school in  New Mexico due to bullying problems. As a result of the incident, two children are in critical condition and fatalities are still to be determined.

Sophomore Gabriella Lehr said, “When I now hear about a shooting it’s like hearing about a car crash or any other common day occurrence. It’s just one of those things that seems almost normal in todays world.”

Things quickly escalated at a Florida movie theater during an argument between Oulson and 71-year- old shooter Curtis Reeves over Oulson’s texting during the previews before the movie “Lone Survivor.”

Reeves, a former police captain, pulled his gun from his pocket and shot Oulson and his wife, whom attempted to shield the victim from the bullet.

Both Oulson and his wife were taken to Tampa General Hospital where Oulson was soon pronounced dead.

Reeves was taken into custody and is being charged with second degree murder.

Reeves claims self defense, but legal skills professor Bob Dekle said, “”It’s not whether or not you’re in fear. If the standard about shooting were fear that would give cowards carte blanche. The question is was there reasonable fear, was the fear reasonable?”

When pulling such a lethal weapon there must be good reason to do so and in these recent shootings there has been no sign of such reasoning.

Both a 12-year-old boy and 13-year-old girl were flown to the hospital in critical condition. A faculty member was able to take down the shooter, after a few shots had already been fired.

Pastor Chris Mullinex who was on the scene of the shooting shortly after said, “We’re not talking about a flesh wound or just a mental wound, we’re talking about the very souls of people being shaken and rocked by something like this.”

Today’s children have grown up in a world where violence is often identified as a commonly seen way to solve problems.

Although most understand that killing should never be the answer many children like the boy in New Mexico may have gotten their ideas about appropriate use of guns from previous events in U.S. history.

Junior Sarah Anderson said, “The country must lead its young people by example and the common occurrence of these shootings leads us in a downward spiral giving a bad example to children today.”

These day to day shootings must come to an end and the U.S. as a whole must work to make the country a safer place for all.