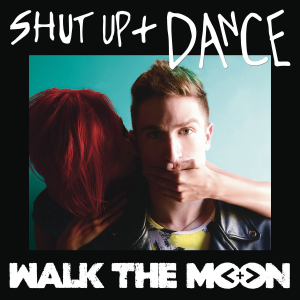 "Shut Up and Dance" is one of the most recently released songs by Walk the Moon.

“Shut Up and Dance” was recently released by alternative music group Walk the Moon, and is currently the third most popular song on iTunes.

At first, “Shut Up and Dance” seems to be relatively simple. There is a lot of repetition in the song’s lyrics, and the premise is very easy to understand.

However, despite the song’s first impression, “Shut Up and Dance” manages to contain an impressive amount of complexity within its four-minute run time.

The music video for “Shut Up and Dance” begins with a boy wearing clothing typical of the 1980s and cautiously shuffling out onto a dance floor. Despite the fact that the actor is clearly well over twenty years old, his realistic mannerisms and awkward demeanor make his role as a teenager believable.

The music video takes place within what resembles a high school dance, and “Shut Up and Dance” uses this typically awkward social situation to great comic effect several times.

As the video progresses many of its visual effects are intentionally out dated and cheesy. This is another way “Shut Up and Dance”  tries to replicate the visual style of the 80s.

While visually “Shut Up and Dance” is very retro the vocal delivery is much more modern, the lyrics (while simple) successfully convey several uncomplicated, relatable messages.

Through this combination of old and new techniques, “Shut Up and Dance” pays homage to the fun, energetic spirit of 80s music while still creating an identity all its own.

One of the most interesting aspects of the song is the chorus lyric “Shut up and dance with me” which can mean several things depending on how you interpret it.

I enjoyed “Shut Up and Dance.” It is very rare that modern, popular music has any significant depth beyond what is immediately apparent.