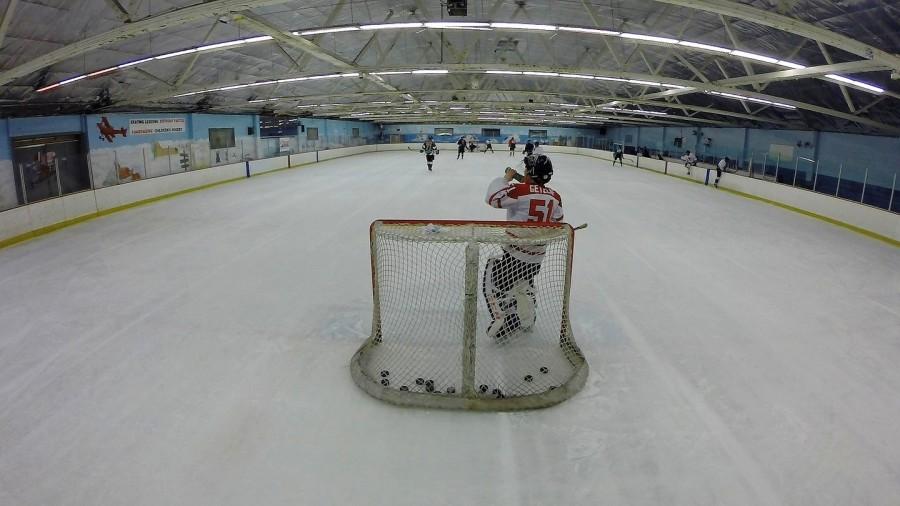 Belmont Iceland is home to hundreds of skaters and activities, including the recreational hockey league in which senior Bobby Goldie plays.

After almost 50 years of business, the peninsula will have to say good-bye to the ice skating rink at Belmont Iceland.

East Bay Iceland, the company that owns Belmont Iceland, announced on Jan. 13 that the rink will be closed at the end of April.

According to East Bay Iceland, the company had invested over $300,000 in the Belmont rink in 2013 alone. The rink would require over $1 million in renovations throughout the facility replacing the floor, upgrading the refrigeration plant, dehumidifying the building and repairing the roof.

In 2013, the Ice Chalet at Bridgepointe Shopping Center in San Mateo closed and has not been touched since. Belmont Iceland picked up many of the prior Bridgepointe customers, but now that Belmont is set to close, the closest rinks other than Redwood City Nazareth Ice Oasis are in Dublin and San Jose.

“Belmont Iceland has been a huge part of the community for decades. It’s truly sad to see a long-time business close, especially because it is unlikely another rink will open in its place,” said hockey player senior Bobby Goldie. “With few rink options left on the peninsula, I’m sure Redwood City Ice Oasis will be pushed to their capacity limit, meaning less ice time for hockey players, figure skaters, and general skating enthusiasts.”

The closure of Belmont Iceland affects hundreds of skaters. The rink has over 600 skaters in registered classes, and offers a free-style skating program and nearly daily public skating hours. Iceland is well involved in the Belmont community, with youth hockey leagues, adult recreational leagues, fundraisers, corporate events, birthday parties, and adapted physical education for youth with disabilities. Losing the rink means the county will lose a key recreational opportunity for the community.

“The loss of the ice rink affects me greatly because it is the best local rink. I have been skating there for eight years, and I have spent more of my time there than anywhere else,” said figure skater junior Celeste Hsu. “It affects the community greatly because Belmont was not only a  competitive practice rink, but also a place where many people in the peninsula came to have fun and skate.”

The developer involved in the Bridgepointe area, SPI Holdings, has offered San Mateo $3 million to change the master plan of Bridgepointe Shopping Center and allow them to build over the rink.

A group trying to intervene in the closure of both rinks is a group of skaters and parents known as Save Our San Mateo Rink. They are against SPI Holdings getting to change the master plan, and support reopening the Bridgepointe rink.

“In a recent email I received from Belmont Iceland, there was discussion of a potential buyer to maintain the rink,” said Goldie. “If the rink does close, I’m sure the ‘Save the Rink’ movement will use it to strengthen their argument to reopen Ice Chalet at Bridgepointe. It is possible that Ice Chalet will reopen, but there is not much the community members can do to save the rinks.”

Many people in the community are upset over the loss of the rinks at Belmont and Bridgepointe. San Mateo DECA (Distributive Education Clubs of America) is also hosting a glow skating event at Belmont Iceland on Feb. 20 as a fundraiser both for their own organization and the rink.

“Redwood City would be an option for skaters after Belmont closes, but that rink is mostly taken over by hockey and the skating will be heavily populated after the closure of two peninsula rinks,” said Hsu. “Belmont needs over $1 million in repairs and renovations, and the developers willing to buy the rink were offering $20 million for the land.”

As the peninsula faces losing more of their skating communities and opportunities for ice time, the loss of Belmont Iceland will hit local skaters hard.

“The sense of community between hockey players as well as figure skaters and rink staff will be lost with the closure of Iceland,” said Goldie. “That, in my opinion, is the biggest loss.”