Slick win for Scots against Salinas 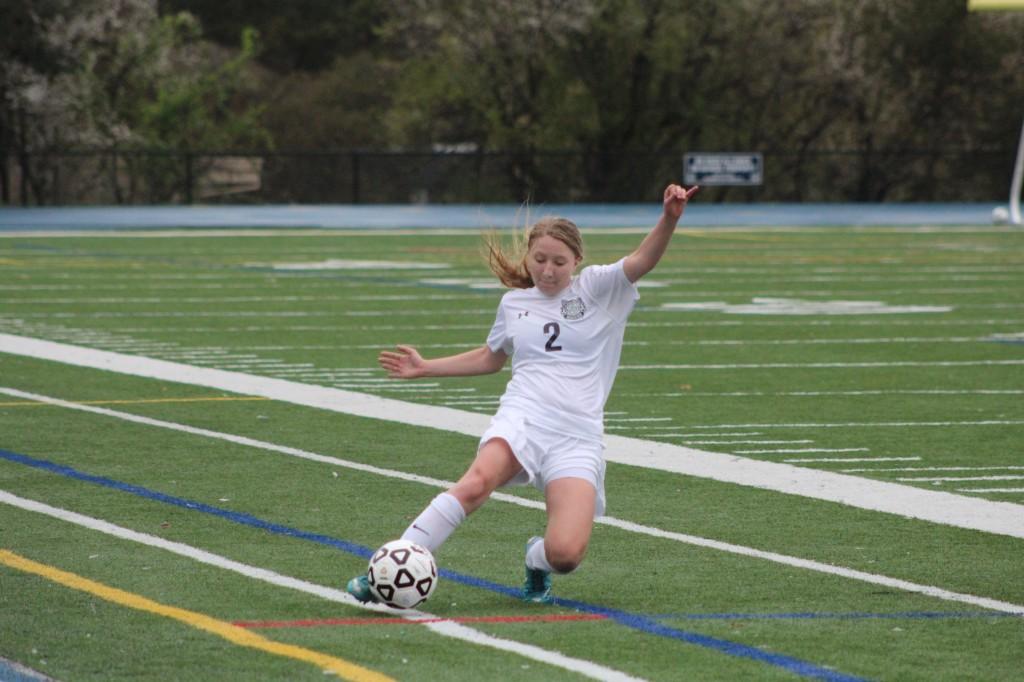 Carlmont’s Girls Varsity Soccer team recently played a Central Coast Section (CCS)  playoff game against Salinas High School.
The game was very stressful for both teams due to it being a playoff game and from the rain,  which “made the ball roll a lot faster and was also harder to control,” said senior Carolyn Donohoe. 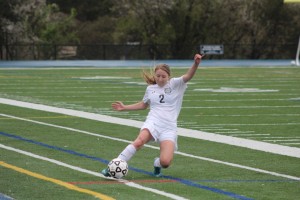 The game was very evenly matched between both of the teams. Scots goalkeeper Lauren Racioppi to save many of Salinas’ shots from going into the goal. She played very we and was a major proponent in keeping Salinas from scoring and winning.
The Scots’ offence had a hard time moving the ball close enough to Salinas’ goal to make any quality shots on the goal.
Coach Smith said, “We had a better second half of the game than first half. We were passing the ball to the center too much and were not taking enough shots on frame.”
Throughout the entire game, both teams were so evenly matched that neither team was able to score a goal, causing the game to go into overtime. The over time had two 10-minute halves.
Even though both teams gave it their all in overtime, neither team again was able to score a goal. That called for a penalty kick (PK) shootout.
This is when players selected from each team had to take a shot directly on the goal, which is being protected by the other team’s goalkeeper.
Each shot taken on the goal went in, until eventually Salinas made a shot that completely missed the goal, concluding the game. The final score was 5-4 Scots.
All of the Scots players expressed their overwhelming excitement and relief by celebrating and tackling their goalie Racioppi.
Junior Kayla Fong said, “We shouldn’t need a PK shootout to win a game.”
Junior Veronica Pontis said, “We need to play with a lot more fire at the beginning of the game. It was a very close game the whole time and could have gone in either team’s favor.”
The Scots are looking forward to their next CCS playoff game.
Coach Smith said, “Every game we win, the next team is only going to be harder to beat, but we are looking forward to seeing how far we can get in CCS.”